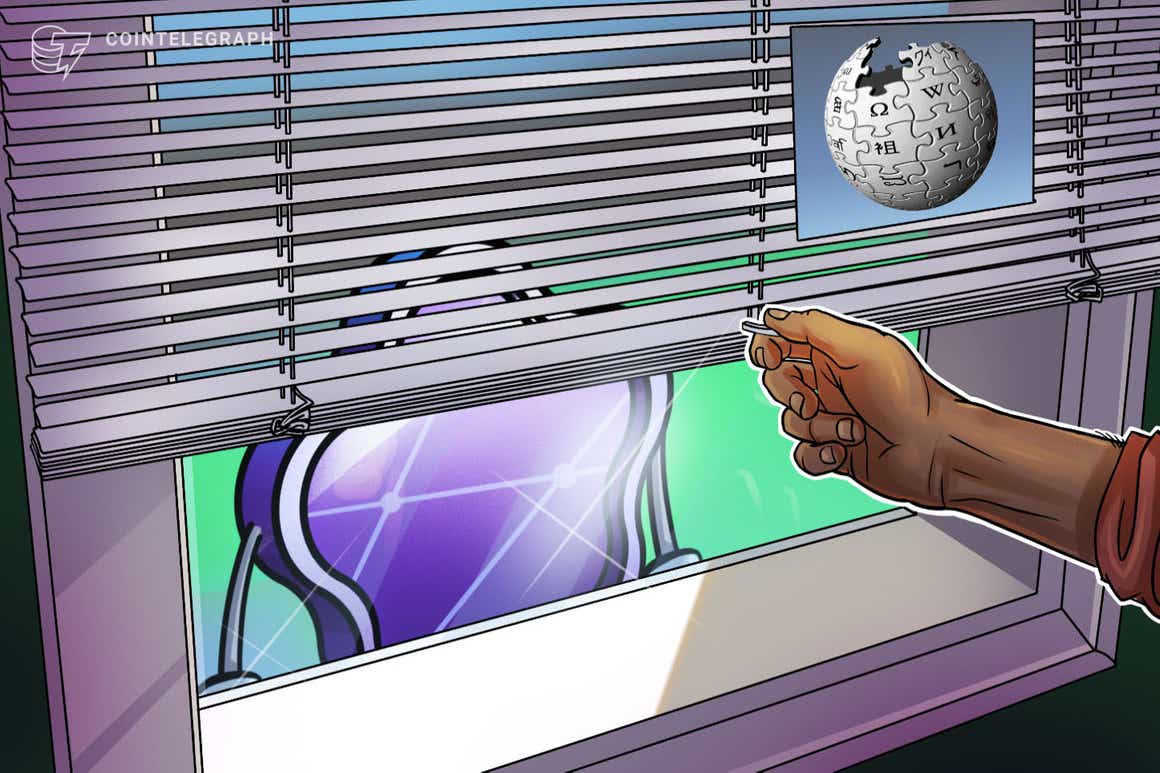 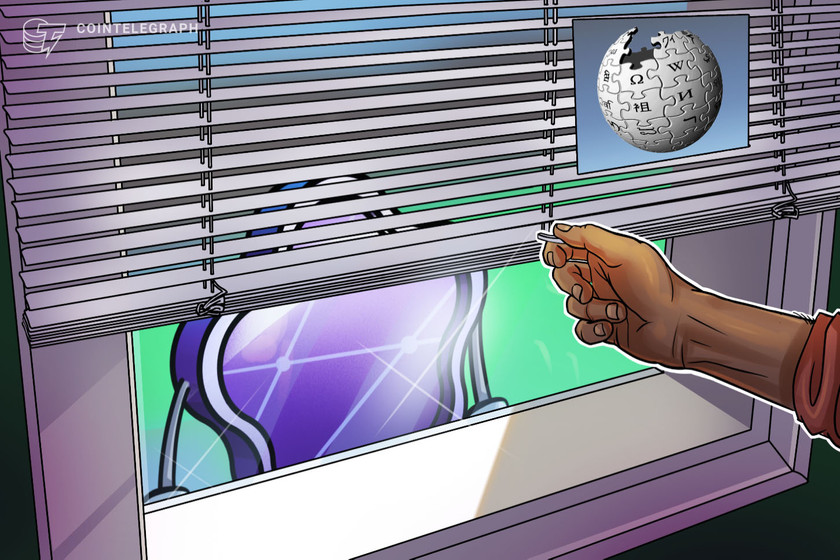 A group of editors on Wikipedia, the free user generated encyclopedia, have voted against classifying NFTs as a form of art and have come to a consensus to shelve the issue until a later date.

A survey and debate started on the platform at the end of December revolving around the most expensive art sales by living artists and whether NFT art sales should be deemed as “art sales” or “NFT sales.”

“Wikipedia really can’t be in the business of deciding what counts as art or not, which is why putting NFTs, art or not, in their own list makes things a lot simpler,” editor “jonas” wrote.

Much of the discussion centered on whether an NFT represented the art or if it was simply a token that was separate to the underlying art. The editors were torn on the definitions and some felt that there was a lack of reliable information to conclude from.

A call for votes found five editors opposed to including NFTs in art sales and just one in support. A consensus was made on Jan. 12 to remove sales such as Pak’s NFT collection that fetched $91 million and Beeple’s $69 million NFT from the top art sales list, and re-open the discussion at a later date.

The decision seems contentious when looking at Beeple’s NFT “Everydays: The First 5000 Days” in particular, which depicts a collage of original artworks from a renowned digital artist that sold at the prestigious Christie’s art auction house last year in March. The New York Times also described Beeple as the “third highest selling artist” alive at the time.

According to Wikipedia’s guidelines, neither unaminty or a vote is required to form a consensus. To reach a decision, the consensus must factor in all participating editor’s legitimate concerns that fall within the platform’s policies.

What do Wikipedia editors know anyway?

However, the consensus position didn’t go down well with the sole NFT supporting editor “Pmmccurdy” who argued:

“How can we have a consensus when, from the start, I have argued in support of including NFTs on this list. The overwhelming evidence from secondary sources places NFT art as art and thus worthy of inclusion on this list.”

“If we agree Beeple and Pak are artists, why would their sales not count on this list? I don’t understand the logic here,” they added.

Editor “SiliconRed” responded that the consensus they were reading was that: “NFTs should be removed from this list for now with the intention to re-open discussion at a later date. To my understanding, this incorporates all concerns, including yours.”

NFT proponents such as Nifty Gateway co-founder Griffin Cock Foster were irked by the issue, noting on Twitter earlier today that:

“This is pretty messed up to see – Wikipedia mods are trying to say that *no* NFT can be art — as in, if it’s an NFT, it can’t be classified as art.”

Foster’s twin brother Duncan also chimed in, labeling it an “Art Emergency” as he called the community into action via a post that was re-tweeted by Gemini co-founder Tyler Winklevoss.

There is a debate happening rn on @Wikipedia that has the potential to * officially categorize NFTs as ‘not art’ on all of Wikipedia. *

Wikipedia is a global source of truth. Having NFTs categorized as ‘not art’ would be a disaster!

Everipedia, a decentralized Web3 equivalent of Wikipedia, responded to the platform by comparing its approach to NFTs and art:

“Everipedia editors have created over 100 pages on #NFT collections while Wikipedia is moving to mark NFTs as “not art” across their platform. It’s time for NFT projects to move to Everipedia $IQ, a Web 3.0 encyclopedia which supports art and innovation.”

Gerard stated the post was deleted on the “basis of being a pile of press-release churnalism, and the only genuine press coverage was about how Power Ledger was a scam,” despite the entry being sourced from reputable publications such as TechCrunch and The Economic Times.