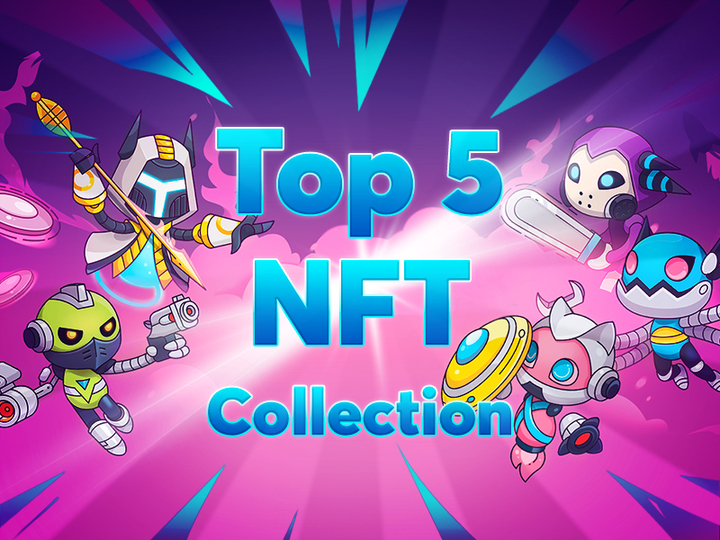 In early 2021, the NFT market was exploded by the emergence of pixel cryptopunks by LarvaLabs. Pixel images of heroes were sold almost instantly, and the cost of some tokens reached $8 million. Today, cryptopunks is one of the most popular NFT collection on the market. But it is unknown how long these tokens will hold the leadership. They are being replaced by more practical and technologically advanced NFTs that are able to generate income for their owners in the GameFi sector. We have collected the top NFT tokens that can throw cryptopunks off the pedestal.

Bored Monkey NFT tokens have the second largest trading volume on the market with weekly sales exceeding $33 million. Created on the Ethereum blockchain, NFT tokens give the right to stay in the virtual club of bored monkeys. In the near future, the company promises to present an updated roadmap to outline a development strategy for the future. In the meantime, the value of the cards remains controversial, and the only available income may be resale. Over 67 thousand tokens have been sold since the beginning of the year.

CryptoBots are unique NFT tokens with an interesting history. The first images of bots appeared in 2017. The smart contract, created by the developers of Playneta, became the first smart contract of the Play2Earn game. At the same time, more than 9,000 cryptobots were sold, issued on the Ethereum blockchain. Later, the developers switched their focus to other projects, and cryptobots became an autonomous project that developed solely through the support of the community. Today, more than 1,900 people from all over the world own tokens, and the price at NFT starts from 0.11 ETH. Recently, the developer announced the resumption of cryptobots and the release of a new NFT collection. However, now the emphasis will be on the use of tokens in the GameFi segment and the introduction of cryptobots in Play2Earn games. This fact will allow users to generate income from the use of NFTs. In order not to miss important news about the development of the project, subscribe to the channel in Discord.

Another collection of pixel monkeys has already gained popularity among users. The weekly trading volume of these NFT tokens exceeds more than $10 million. According to the developers’ idea, pixel monkeys will live on a separate island in the SAND metaverse, and users will be able to upgrade their heroes by purchasing additional equipment and accessories. In addition, token holders will be able to exchange artifacts among each other and sell them in the store at SAND. In fact, the developers are creating a simple and fun game where users can earn cryptocurrency.

Meebits is another creation of LavraLabs. They did not look for new ways to implement the NFT design but simply decided to copy the successful collection, replacing the cryptopunks with 2D heroes from the Minecraft game. Each token is unique and generated by a computer algorithm. It is still not clear how the tokens will be used in the future and what value and practicality they bring to their holders. So far, the developers have not commented on these issues.

The NFT sector is evolving and creating new rules of the game. Earlier exclusive tokens and works of art were in high demand, but today NFT tokens with real applicability and the ability to generate profit are coming to the fore. These qualities are mostly inherent in NFT tokens in the GameFi sector. Therefore, today it is worth paying attention to the tokens that operate in the Play2Earn sector.