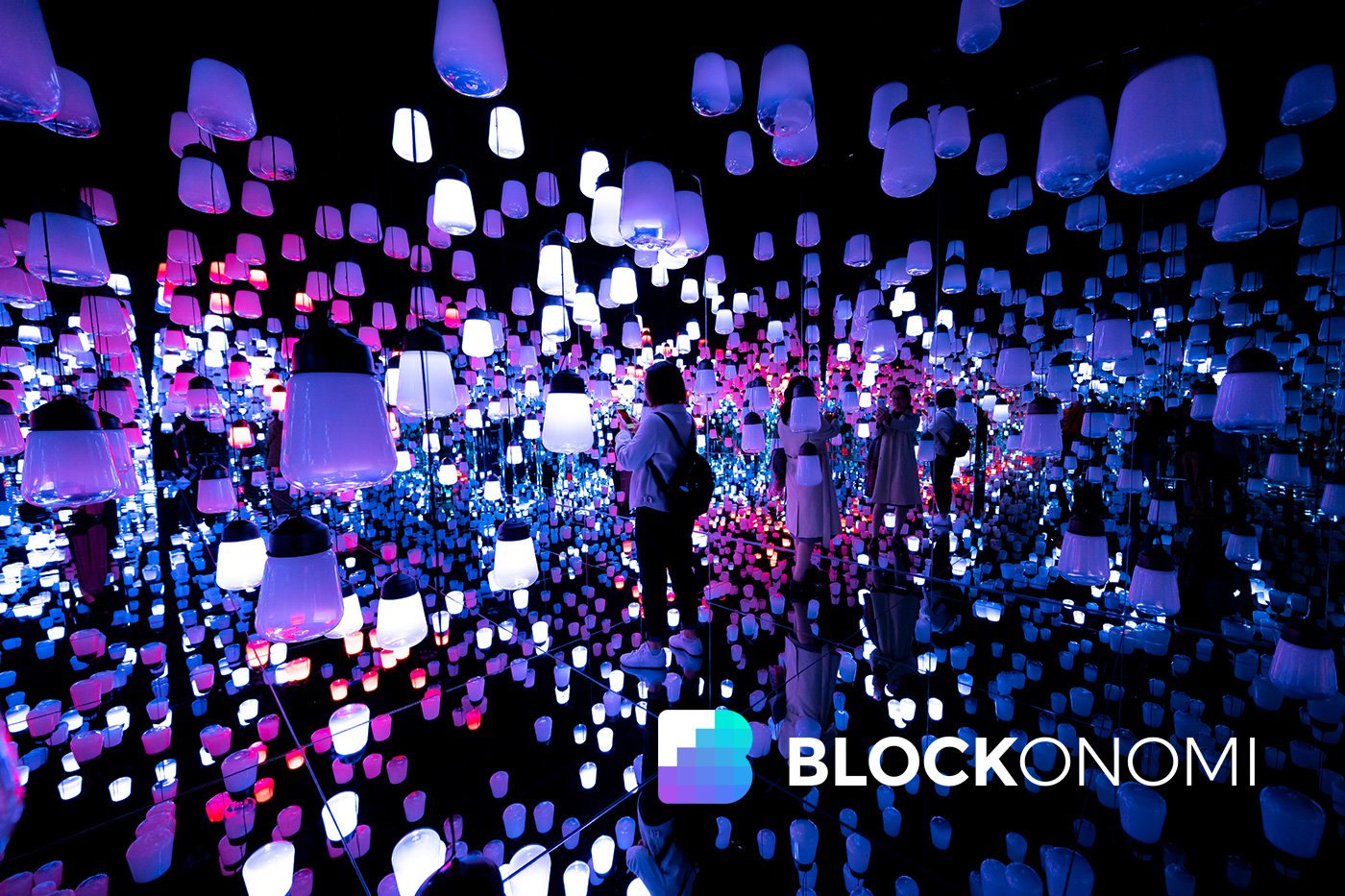 A new week didn’t start well for the overall crypto market when top coins’ performance cratered in global trade (along with almost every other asset out there).

We are not here to talk about the price analysis. The NFT industry was expected to have a massive year in 2022.

The potential is still there but amid the ongoing volatility of the crypto market, what will the NFT industry look like in the second half of the year?

Play-to-Earn and the golden age of Axie Infinity were once hoped to be the future of NFTs.

Despite the current negative market, it’s undeniable that the NFT project is playing a significant role in unlocking the next chapter of the game industry, where entertainment elements work with financial factors.

The game industry has since diversified and continuously changed.

According to Coinbase’s data, Axie’s average number of daily users has considerably dropped since the last all-time high established in November 2021 without the slightest sign of a rebound.

The team obviously acknowledged the matter and the launch of Axie: Origin was set to transform how the game functions with the evolution of the complex crypto concept.

The philosophy “Play-to-Earn” that reminds the community of Axie was shifted to “Play-and-Earn.” The team is trying to bring balance to the gameplay and take over the burden of the game economy.

Sky Mavis just wants to “sell fun” now, instead of being a “new kind of economic phenomenon.”

The transition of Sky Mavis’s vision raises an alert for the coming NFT gaming projects and somehow makes the future of the sector become unpredictable. It’s just like the way we couldn’t predict the naissance of NFT games.

Out Of The Blue, NFT Adoption is Here

GameFi isn’t the only thing that matters in terms of non-fungible tokens. The growth of the industry itself has been reflected across diverse use cases.

The presence of digital assets spreads among different sectors, under a wide range of integrations and applications. 2022 is an NFT race of major businesses and high-profile figures.

Familiarity affects adoption in any way. That’s how NFT adoption continues to grow.

Tech giant Meta has been working on the integration of NFT functionalities on both Facebook (Meta) and Instagram. The goal is to build the Metaverse, the next generation of the Internet, as Zuckerberg stated.

Or Twitter, despite being a bit late compared to Facebook and Instagram, quickly keeps up with the trend in light of the change in organizational structure. 2022 is the moment of improvement and breakthrough for Twitter.

These companies are just some of a million that have set their eyes on the future of digitalization.

NFT is also supported by celebrities, such as Justin Bieber, Snoop Dog, Eminem, Billie Eilish, David Beckham, Madonna, and others. Even Kanye West, who used to be disturbed when people asked him about NFTs, now embraces it.

No matter the purposes, the NFT clearly proves it could offer a fresh and interesting way for companies and individuals to interact with their audience.

Michael Kondoudis, a known attorney specializing in trademarks and patents revealed on June 13 that the applications for the U.S. NFT trademark surpassed 4,000 from January 1 to May 31, 2022.

March is reportedly the most productive month with 1,023 new applications submitted.

Major payment giants like Visa, and Mastercard, businesses like Taco Bell, and Pizza Hut, or popular fashion houses like Adidas, and Louis Vuitton, all gather in the same direction, just with different approaches.

Kozyak Tropin & Throckmorton Law Firm partner Tal Lifshitz said in a statement that the popularity of NFT will increase its value and use exponentially.

Despite the fact that the start of the NFT market this year appears to be gloomy, we have seen widespread adoption of the industry and its underlying technology.