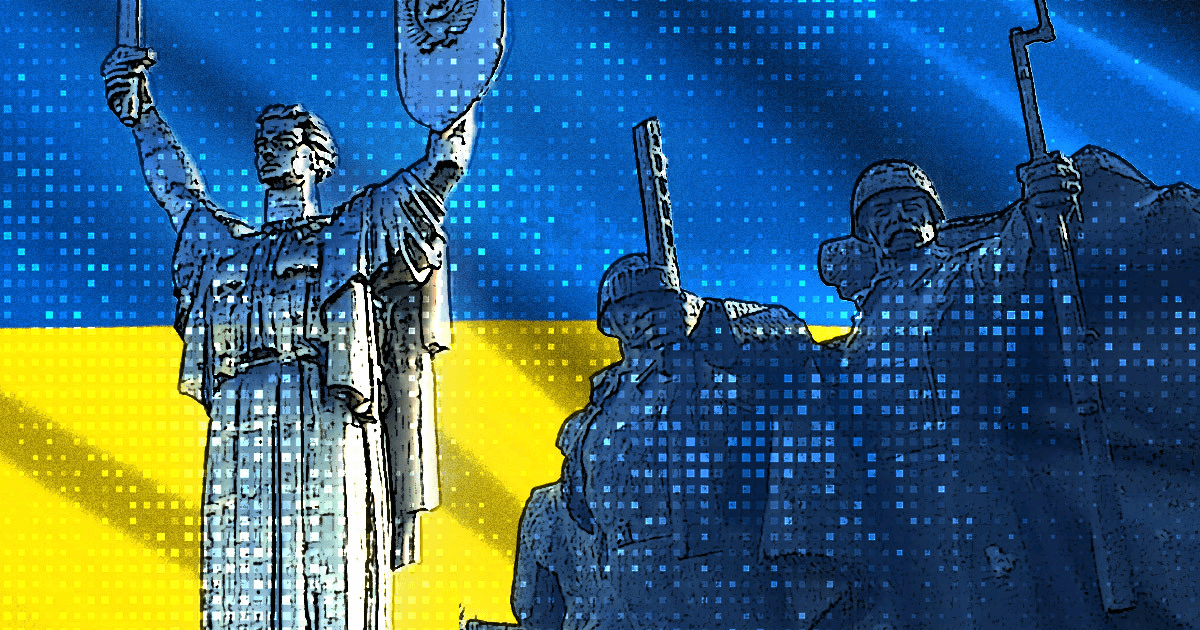 Ukraine sold 1,282 NFTs on the first day of sale for a total of 190 Ether (ETH), which equates to roughly $655,000 at the time of writing, Bloomberg News reported, citing an email from the Ministry of Digital Transformation.

The country intends to use the proceeds to rebuild cultural and heritage sites like museums and theatres that were destroyed amid the war with Russia.

The Ukrainian MetaHistory NFT-Museum tweeted the sales’ progress throughout the day with the last public tally announced at 1,153 NFTs sold for more than $500,000. The country also announced that it would give away one of the unique NFTs for free to celebrate hitting the half a million mark.

Additionally, META HISTORY announced that only people who owned one of the NFTs would be eligible to purchase the prospect 100 winning artworks, as well as the first four artworks created under the project.

We’ve already sold 1153 artworks and the sales go on. Our goal is 1million!
Have raised more than 500k USD by now!
Only NFT owners will be able to buy the masterpieces of the Prospect 100 winners and the very first four artworks soon. Support Ukraine! pic.twitter.com/HfK747cpxN

Ukraine’s reliance on crypto amid war

When Russia began its full-scale invasion of Ukraine in late February, people from around the world began donating crypto to various NGOs that were helping in the war effort. Ukraine quickly jumped on board and began posting official wallet addresses that people could donate to.

In response, the crypto community and industry turned up in full force and donated millions in cryptocurrency and even NFTs. The government’s official website for the donations states the country has received more than $70 million in crypto since the war began.

Ukraine now accepts donations in a multitude of cryptocurrencies and is fourth in the world in terms of adoption. It also officially recognizes crypto as a legal asset now.

Following the massive influx of donations, Ukraine said it would conduct an airdrop for everyone who had donated ETH. However, less than a full day later the country canceled nascent plans to airdrop an official cryptocurrency and said it would instead focus on issuing NFTs to raise funds.

Bitcoin is a humanitarian tool

Citizens of both Ukraine and Russia turned to crypto to try and save their wealth when their respective financial systems fell apart amid war and sanctions.

1/2 Crazy story,my webmaster escaping from Ukraine 2 hours before the gvnmt closes the border for men of war age,bank ATMs were blocked of course,and he who upon my advice had preloaded his hw wallet with #Bitcoin,makes it in time to cross the Polish border and withdraw #BTC… pic.twitter.com/ACWr4ZHvbQ

At the time, chief strategy officer of the Human Rights Foundation Alex Gladstein said that Bitcoin (BTC) was an “important humanitarian tool” that allows people to survive in extreme scenarios, such as war.