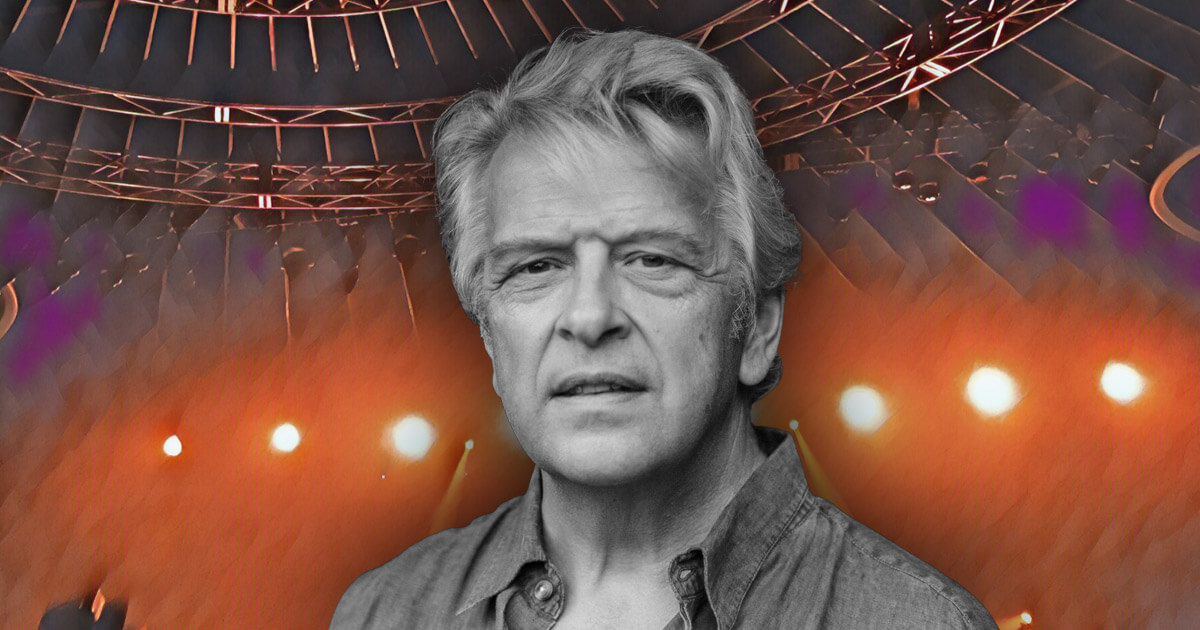 CryptoSlate recently had the opportunity to chat with world-famous producer Tony Hollingsworth. Tony is the founder of Listen Campaign, which will give holders access to exclusive social impact NFTs from the world’s greatest actors, musicians, artists, and writers.

Tony has over 30 years of experience working with companies, governments and foundations at the intersection of communications, media and popular culture. His credits range from, conceiving and producing the global media campaign that reached 600m and re-positioned Nelson Mandela from “black terrorist leader” to “black leader” to, consulting for the US White House on a public campaign in a response to 9/11.

Over the past 30 years, Tony has worked with well over 200 of the world’s top creative artists from Stevie Wonder to Ravi Shankar, from Denzel Washington to Natalie Portman, from Samuel L Jackson to Keith Haring.

What is your professional background and how, when did you get into crypto?

I’ve produced nine of the world’s largest global broadcast events and always utilised the most cutting-edge technology to do things that everyone else thought impossible. So new tech has always interested me, and when my son—who has been investing in blockchain businesses for a number of years—introduced me to the crypto world I immediately saw how revolutionary this was going to be.

What is Listen and what are the main goals of the project? What made you decide to set up the Listen Campaign?

The Listen Campaign is an annual and global media campaign for vulnerable and disadvantaged children, of which there are 1 billion in the world. It’s an enormous problem and one we hardly ever hear about it. The campaign is bringing together major stars and creative artists, and the world’s biggest media partners, so we can ‘listen’ to the problems faced by these children and to celebrate and support the solutions that already exist and are ready to be scaled up or replicated.

I remember the exact moment I decided to set up that Listen Campaign. Having worked on many major causes including freeing Mandela and ending Apartheid, I was thinking about what issue we should look at next. Children were very much on my mind and one night whilst walking one of my children to sleep and listening to the BBC World Service radio, I heard an African mother being interviewed whose baby had just died of diarrhea. She could have saved it with a 10 cent sachet and some clean water but she had neither. The inequity of the situation just hit me; if my child was even slightly ill we could call a doctor. But this mother had nothing.

What was your experience in working with some of the biggest names in music?

I have so many memories, and the historic moments we caught on camera are the memories that will be minted as NFTs and treasured as historic time capsules by whoever ends up owning them. When challenges came up organizing and running the events—which happened a lot!—all of them responded amazingly with creative solutions that resulted in really special moments that I will always treasure.

What do you think some of those hugely famous and successful musicians you have worked with would make of cryptocurrency and blockchain?

Well, great artists are natural innovators—I expect that if David Bowie was here he would have been one of the first to embrace blockchain technology. Visual artists and musicians are already embracing NFT collectibles, and artists like Ashton Kutcher are using NFTs in ways that is likely to transform the way entertainment shows are funded and marketed forever. Creativity and innovation truly go hand in hand.

What do you believe are the biggest obstacles for mainstream adoption of crypto and blockchain?

There are three obstacles that I can see. First, there needs to be clear, authoritative and educational content. Second, there needs to be a simple and consistent wallet infrastructure that is as easy to use as PayPal. And Third, transaction fees need to be as low as credit card payments. Once we achieve all three—and achieve them we will—mainstream adoption is just a matter of time.

What does Listen do that others don’t? Do you think more projects will be established to try and use blockchain for good?

Listen is the first project bringing exclusive and iconic historical content to the blockchain by making NFTs from performances by the greatest creative stars in the last 40 years. Then from March 2022 onwards, we will then have a pipeline of star content from the annual Listen Campaign that we will be turning into a steady stream of rare NFTs that we will be auctioning off on our Listen Collectibles Auction & Shop over the next decade.

How important is it that blockchain and crypto usability and user experience is improved?

Well, the end-user has very high expectations. They are used to the ease and simplicity of making PayPal payments, ordering Ubers and booking Airbnbs, all with just a few simple clicks and swipes, without having any knowledge of the underlying code or data architecture. For crypto to achieve the same level of mainstream proliferation the user experiences have to be at that same high level.

We have designed our Collectibles Auction & Shop from the ground up to make the process of buying NFTs as easy and simple as possible for a non-crypto audience. This is why we decided to build on the Flow blockchain, as it is super fast, and so users aren’t waiting around for transactions to be validated and have tiny transaction fees, so regular people can bid on NFTs without having to spend $50-$100 each time. Flow also allows native fiat payments, so users can pay with their credit cards. We are anticipating reaching an audience of 500 million people every year, and a great deal of them will not be crypto-fluent, and so we had to make sure that our NFT platform would be really easy for them to use.

Do you think simplification in the way people experience and use crypto will drive adoption?

When we want to get something done, we all want to take the shortest and easiest route. Beautifully designed user experiences do this for the user, and allow them to do what they want in the fastest and most intuitive way possible, whether it’s a clear and simple user interface the user can easily navigate or hiding many complex operations into a single swipe. The simpler crypto is to use, the more widespread its adoption will be.

What is your most controversial opinion relating to blockchain and/or cryptocurrency?

My most controversial opinion relating to crypto is probably that Ethereum is old, overrated and environmentally destructive. The majority of projects are still choosing

Ethereum is the default technology on which to build, even though superior blockchain solutions exist.

Do you have any blockchain and/or crypto predictions for 2022 and beyond?

Yes. I believe that by 2023 the majority of NFT projects will be running on the Flow blockchain.