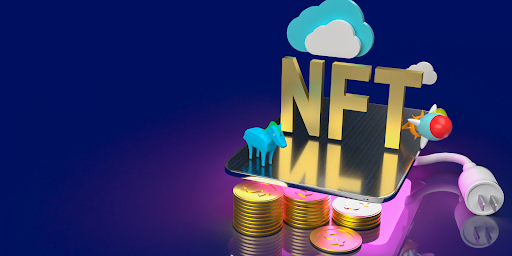 Ever since Beeple sold an NFT for $69 million earlier this year, everyone seems to be jumping on the NFT bandwagon. Celebrities, musicians, artists, influencers, retail and institutional investors – everyone seems to have acquired a taste for non-fungible tokens.

And the latest participants to join this growing trend are cryptocurrency exchanges. Binance pioneered this shift by launching its own NFT marketplace in June this year. Following this, in October, two of the world’s most popular exchanges, Coinbase and FTX.US announced their entry into the NFT space with their NFT marketplaces that let users mint, collect and trade NFTs.

Following this, AAX aims to expand further into the NFT ecosystem, with intentions to create their own NFT marketplace in the future, which will put it in direct competition with exchanges that have already launched their marketplaces, as well as with secondary marketplaces like Rarible, OpenSea, and more.

From Exchanges To NFT Marketplaces: The Reasons

So, what’s shaping this trend?

Part of it is due to the growing demand for NFTs. The global NFT market is growing at an unprecedented rate. As reported by DappRadar, NFT sales volume crossed $10 billion in Q3, 2021, representing an 8x growth from Q2.

The NFT market will continue to grow in the future as the play-to-earn (P2E) and NFT gaming sectors will accelerate the use and acceptance of digital collectibles. With such promising days ahead, it is evident that cryptocurrency exchanges don’t want to miss out on the fun.

Besides, with more promising blockchain networks like Solana, Polkadot, Aave, and several others offering faster and cost-efficient infrastructures than Ethereum, the overall costs are going down, opening new and lucrative revenue streams for both the service providers and the artists.

Finally, the entry of crypto exchanges into the NFT scene will play a critical role in lowering the entry barriers. With most platforms, the ease of use seems to be lacking, and centralized exchanges are known for their more intuitive user interfaces and seamless experiences.

Exchanges foraying into the NFT space will only make this newfound area of interest more accessible for users, granting them complete control over their assets using decentralized and autonomous contracts. Importantly, these exchanges will also bring additional features to help creators and consumers alike, improving the ecosystem’s overall value proposition.