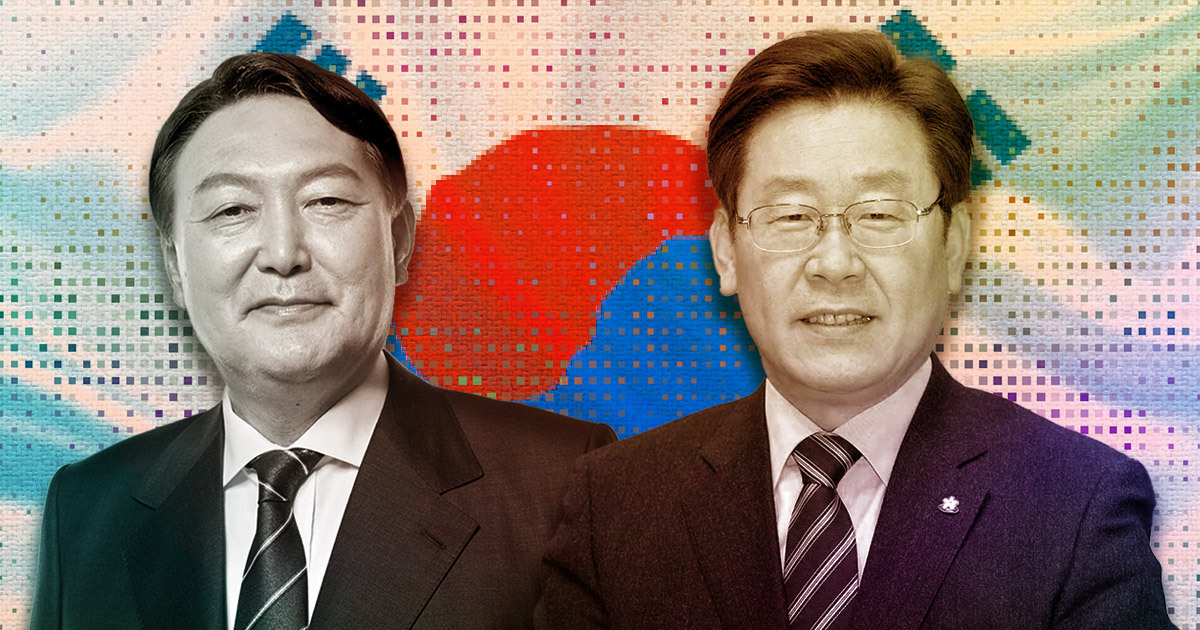 South Korea’s presidential candidates are locked in a close race and are looking to garner more support in the crypto community via NFTs.

The country’s conservative party candidate Yoon Suk-yeol issued 4000 NFTs last week at roughly $40 each on the South Korean NFT marketplace CCCV. He intends to release a total of 22,329 NFTs.

The young and the bold

The final election day is March 9 and both candidates have gone to great lengths to win support from younger voters. This is because the older demographics are already set in their choices, while younger voters are still undecided.

South Korea has a very high crypto adoption rate. A recent survey showed that 4 out of 10 South Koreans between the ages of 20 and 30 own crypto, while the total trading volume of crypto in the country exceeds that of the KOSPI stock exchange.

The two nominees have tapped crypto-related firms and investors with promises to improve the regulatory landscape in the country in a bid to sway their votes. Their primary promise is to bring back ICOs, which were banned in 2017, and make them safer for investors.

Lee has promised to institutionalize virtual assets, prepare a framework for the listing of cryptocurrencies and build a more transparent system for public disclosure of information. Meanwhile, Yoon promises to create a new state agency called the Digital Industry Promotion Agency which will be tasked with leading and monitoring the crypto and NFT industry.

South Korea’s latest elections have been a cutthroat affair, with both sides resorting to unprecedented levels of negative campaigning spanning from toxic rhetoric to full-blown lawsuits.

People are likening the election to 2021’s popular survival TV show Squid Game, where contestants were killed if they did not succeed at the game. Similarly, there are rumors that whichever candidate loses the race will end up in jail.

“It’s a dreadful presidential election when the losing contender faces prison. Please survive this dogfight in the mire!”

Both candidates have accused each other of being involved in various scandals and have even targeted each other’s wives. The negative campaigning has only served to exacerbate an already severe political divide for the country and reports claim that both candidates have more critics than supporters among the public.

“Isn’t our national future too bleak with an unpleasant and bitter presidential election that calls for choosing the lesser of two evils?”

The two presidential nominees recently promised during a TV debate that they will not launch politically motivated criminal investigations against each other if they win.