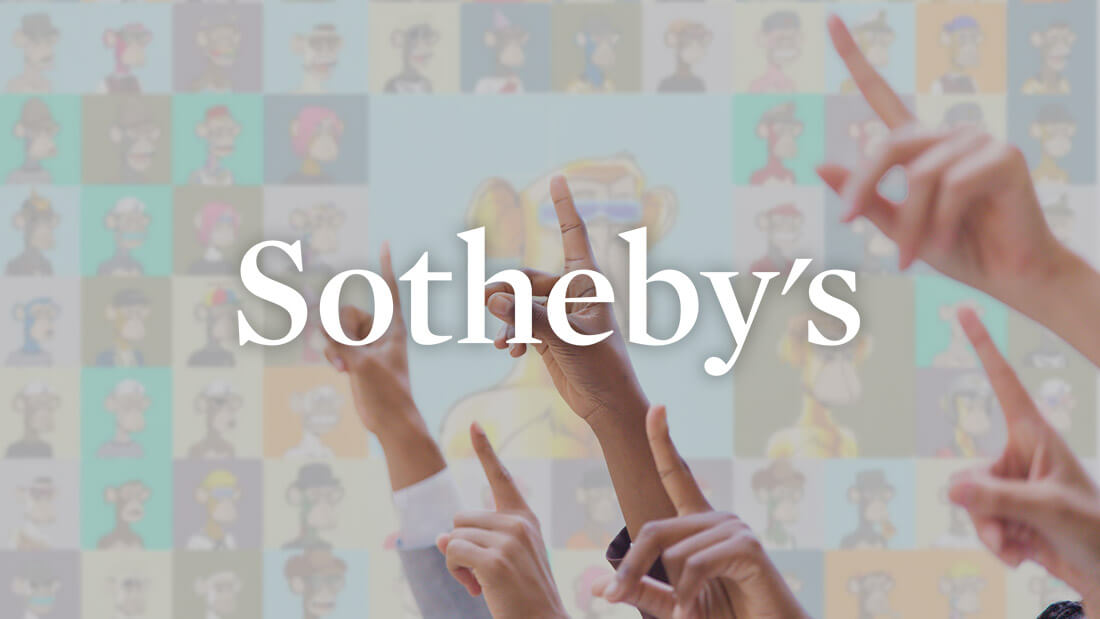 While blockchain technology has been with us for the best part of the last decade, 2021 is unarguably the year that saw a widespread adoption of some of the use-cases of the technology like its use in crypto, non-fungible tokens (NFT) and even in decentralized finance (DeFi).

One of the earliest traditional auction houses, Sotheby, who jumped into the auctioning of NFTs, in a recently released report, has revealed that it made around $100 million in gain from the space.

Sotheby, in its report, revealed that its foray into the NFT-sphere with its launch of a Metaverse helped to draw the attention of the wider crypto community to its auctions. According to the firm, 78% of bidders at its NFT auctions were new to the platform and they were, more interestingly, below the age of 40.

It continued that its virtual gallery were mostly being scoured for Bored Ape Yacht Club and CryptoPunk collectibles —two of the most popular projects in the space.

The New York City-based auction house declared that it made $6 billion from its auctions in this year alone while it has a total of $7.3 billion in consolidated sales.

The first NFT sale of the auction house took place in April and lasted for 3days. This debut sale attracted 3,000 buyers and generated $16.8 million from the NFTs made by Pak, a popular digital artist.

After this, Sotheby has gone on to sell NFTs of the original World Wide Web (WWW) source code for $5.3 million. An $11.8 million sale of a rare CryptoPunk followed, while a Bored Ape Yacht Club NFT was sold for $24.4 million.

It should be added that the auction house also accepted crypto assets like Bitcoin and Ethereum for some of its other auctions of physical objects like a rare diamond and for artworks by Banksy.

Also, its widely publicized auction of the 1st United States of America constitution generated a lot of buzz in the crypto space has it led to the creation of the ConstitutionDAO community, a decentralized autonomous organization that set out to put the constitution “in the hands of the people.”