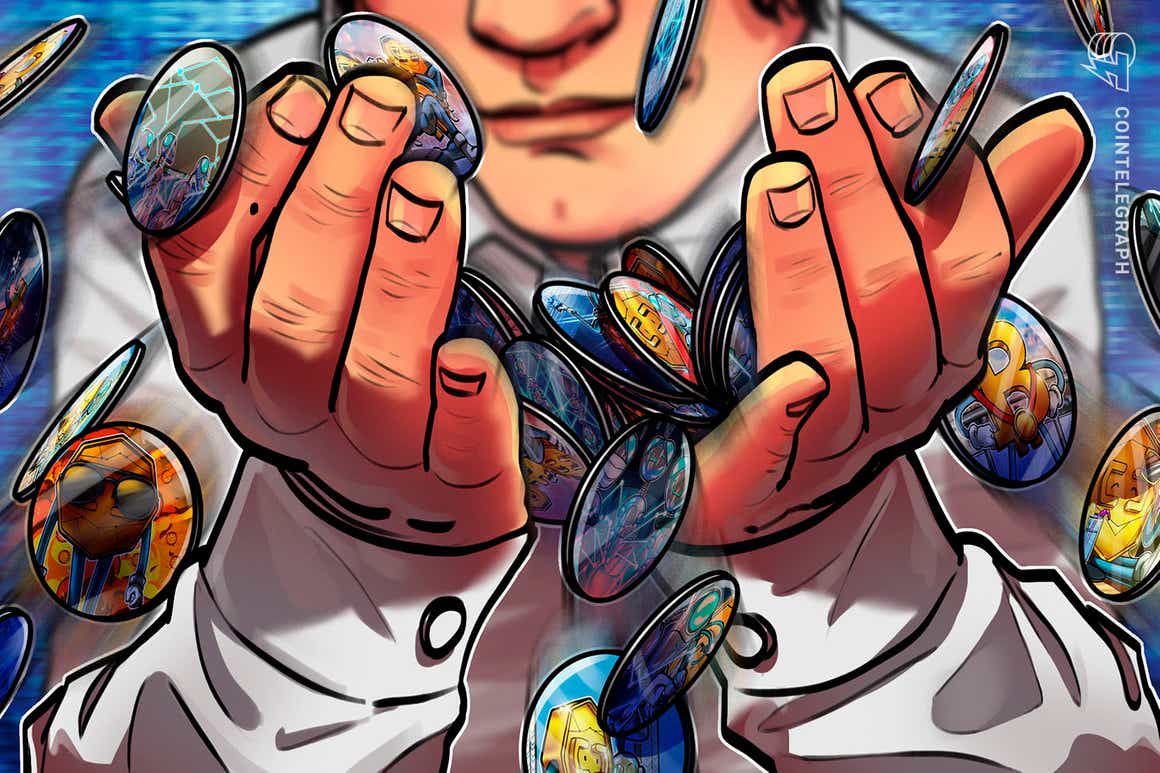 According to data from DappRadar, the NFT portfolios belonging to Iconic rapper Snoop Dogg and popular entrepreneur Gary Vaynerchuck are worth a combined $95 million.

Vaynerchuck’s wallet holds the lion’s share of the value with $81.89 million at the time of writing. His holdings include multiple NFTs from top collections such as CryptoPunks (he owns a whopping 60 in total), the Bored Ape Yacht Club and World of Women.

Snoop Dogg’s is an avid NFT collector and his wallet also holds multiple CryptoPunks, Meebits and Fidenza NFTs, with his most expensive NFT CryptoPunk #3831 worth $2.57 million at current prices.

The wallets were highlighted as part of a blog post from DappRadar which compiled a list of the top 10 most valuable celebrity NFT portfolios. Other notable figures included Reddit co-founder Alexis Ohanian at $4.9 million, YouTuber and self-proclaimed future U.S. presidential candidate Logan Paul at $4.36 million.

Snoop Dogg’s presence on the list is no surprise, having launched various NFT projects, snapped up virtual property in the Metaverse, and he partnered with The Sandbox in late January to launch “Snoop avatars.”

Vaynerchuck is also highly active in the scene, launching his own project called “Veefriends” which has generated more than $132,000 worth of secondary sales since launch in May 2021.

Popular K-pop idol Sunmi (also known as Miyane) has received pushback from fans in relation to NFT collectibles that she and her agency the Abyss Company launched last week.

The “Sunmiya Club” project was launched on Feb. 23 and consists of 10,000 computer generated NFTs depicting various cartoon Sunmi avatars. However some of her fans slammed the artist for just wanting to make some “quick cash for her company”.

On Monday Sunmi shared a statement from Abyss Company regarding the backlash, although the firm simply reiterated its long term stance on the project and did not appear to address any of the concerns from fans, noting that “we kindly ask for your continuous love and support in our artist’s future performances.”

Fans were quick to take issue the statement, with Twitter user “cruelrush” also raising environmental concerns over NFTs, while other fans threatened to boycott the K-pop Idol:

“We’d love to actively support Sunmi but not at the expense of our environment. NFTs are bad. We want to support and interact with Sunmi by buying her albums and songs. By going to her shows. We would’ve loved more online concerts to support her,” they wrote.

just a bunch of lies, NFTs are NOT needed to further support an artist. Sunmi already has a lot of fans who genuinely enjoy her music and personality. NOBODY asked or wanted this, Abyss is just being greedy https://t.co/cZKi4T6iBt

Despite being a touchy subject amongst the gaming community, Valve CEO Gabe Newell has praised NFTs and discussed the potential benefits of integrating the tech with triple A gaming.

His firm owns digital gaming distribution giant Steam, and in an interview with Rock Paper Shotgun Newell was quick to draw a line in the sand between NFT technology and the people currently using it.

He noted that underlying features such as distributed ledgers, the idea of digital ownership, and shared universes are “all pretty reasonable” and shouldn’t be overlooked:

“You have to separate the underlying technology versus which actors are utilizing that technology. It’s like if you’re a chemist, and you’re looking at nitrocellulose, you’re like ‘Oh, yeah, we can do some really interesting stuff with that’.”

“The people in the space, though, tend to be involved in a lot of criminal activity and a lot of sketchy behaviors. So it’s much more about the actors than it is about the underlying technology or the rationale for what we’re doing,” he added.

Thanks for the “support” Newell, appreciate it.

While the name implies something related to virtual reality and the Metaverse, Parton’s project essentially consists of tokenized art work and music as part of a promo for her upcoming album “Run, Rose, Run.”

The album is also accompanied by a book bearing the same name as the album which was co-authored by James Patterson, a best selling author with titles such as Alex Cross, Michael Bennett and the Women’s Murder Club.

The Dollyverse platform was developed by Eluvio and it will host the NFT sales along with a live streamed musical performance on March 18 featuring Parton and songs from the new album.

The NFTs will be up for sale during and after the live performance, and users who watch the performance will also receive free NFTs that authenticate their attendance at such a landmark event.

Early users of the $70 million Pixelmon NFT collection were left unsatisfied with their hefty 3 Ether mint after they discovered the artwork depicted in the tokens were subpar and poorly designed.