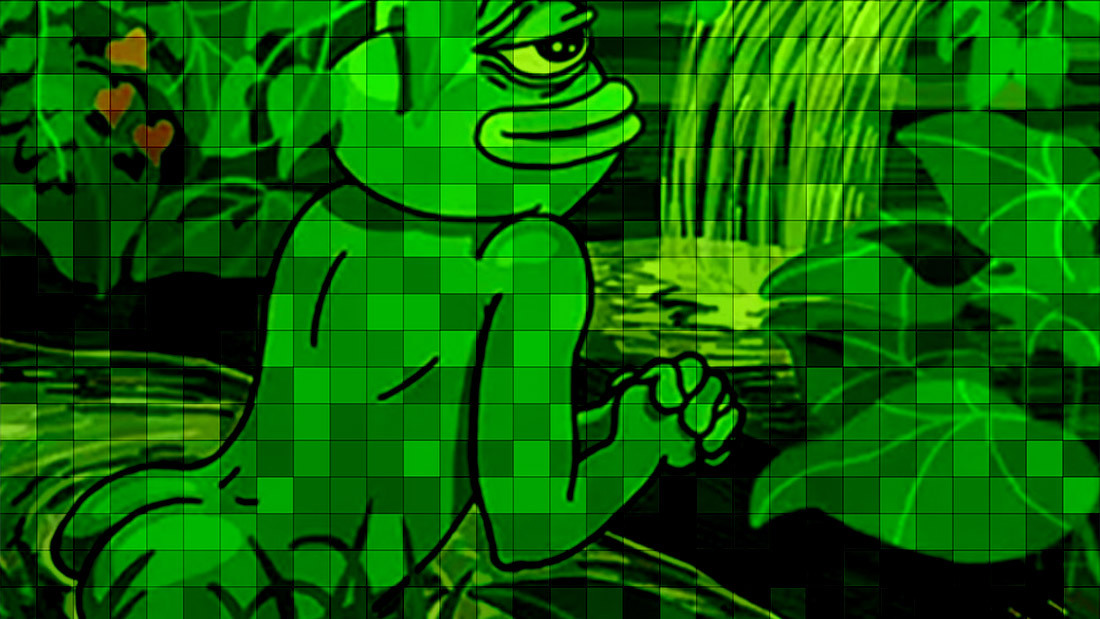 Matt Furie, the creator of Pepe The Frog, joined the crypto world last year as he released the following image as an exclusive NFT. However, six months later, the father of modern memes may have just set fire to the whole digital collectable industry.

In October 2021, Furie founded a DAO called PegzDAO to release an exclusive Pepe NFT entitled “FEELSGOODMAN Series 20, Card 50” via auction. Aside from 1 NFT that was to be put on auction, the DAO minted an additional 99 NFTs to be held in their treasury. For context, Furie previously had another NFT collection, the Sad Frogs District, taken down from OpenSea for copyright infringement.

This showcased the intellectual property rights for Pepe were to be acknowledged by the NFT community and verified the authenticity of the PegzDAO collection. Collectors could have been forgiven for putting faith in the PegzDAO collection after Furie’s DMCA notice against plagiarised content.

The auction received a lot of interest, and NFT collector Halston Thayer had the winning bid at 150 ETH (around $537,084). A lot of money by anyone’s standards, but we have seen NFTs go for a lot more. Given that this was a verified Matt Furie Pepe, the price alone is not out of the ordinary. However, what happens next is where the story gets strange.

Thayer is now suing PegzDAO for over $500,000, claiming that PegzDAO purposely misled the community and were directly responsible for the value of the NFT plummeting. The DAO released 46 more copies of the NFT to the wallets after Thayer’s winning bid had been accepted. You can read the lawsuit in full here.

Does Thayer have a case? Let’s look at what happened. The advert for the NFT, entitled, FEELSGOODMAN Series 20, Card 50, stated: “500 cards issued 📖, 400 burned 🔥, 99 will remain in the PegzDAO ✨, and ONE is being auctioned here.” The page, which is still live, also shows the winning bid of 150 ETH. In the lawsuit, the plaintiff references the following tweet as evidence that the Pepe NFT was to be truly unique.

Heads up, this was forwarded to us
This is not correct

However, further down in the comments, a collector named “aurepa”, who is followed by Matt Furie and PegzDAO, stated that each member of the DAO would receive a copy of the NFT. On October 4th, 2021, PegzDAO tweeted a list of DAO members with over 30 names. This could potentially mean that DAO members would place up to around 30 more cards on the market later.

After the auction, 46 copies of the NFT were released for free just weeks after Thayer’s winning bid. It appears that PegzDAO pulled a nefarious rug pull, diluting the value of the once thought unique NFT by increasing the available supply by 4600%. Or so Thayer’s lawyers would have you believe.

You see, the great thing about decentralised ledgers is that they are also entirely transparent. It took me less than 30 minutes to search for the transactions on OpenSea and match the wallets given a “free” copy of the NFT to the list of DAO members posted on Twitter. For example, this wallet links to the Twitter profile JK23, whose name appears on the DAO list. I verified several others, and it does seem like the wallets belong to DAO members.

Currently, the lowest price is just 14.2 ETH listed by one of the original owners of the additional NFTs. Whilst the floor has indeed fallen out of the value of the Pepe NFT; it is not apparent as to the reasoning. NFT interest is down globally, and the average NFT sale price has dropped below $2,000. Even if there hadn’t been an additional 46 NFTs entering the market, the $537,084 price tag would be unlikely to be applicable today. It is fair to note that some Rare Pepe NFTs have sold for over 150 ETH in the past six months to make the case in support of the original valuation.

To continue the investigation, the wording on the original adverts states only that “ONE is being auctioned here”. The language may be misleading, but it doesn’t mean that the other DAO-owned copies could be auditioned later. Perhaps Thayer is merely regretting leaping into a hype trade and not reading the marketing materials closely enough. From reviewing the available information, it seems like a case of ‘everyone sucks here’. The marketing materials were purposely misleading by referring to the NFT as unique and leaving 99 to be distributed to DAO members via the treasury.

The lawsuit and other headlines around the web make it seem as if PegzDAO gave away different versions of the same NFT to anyone lucky enough to claim it. However, they simply rewarded DAO members by directly transferring the NFTs to their wallets.

Furie certainly has changed his tune on NFTs, but, to me, this does not seem like a rug pull. It presents more of a sad story of one person jumping head first into something without reading the fine print. According to the lawsuit, the company behind the sale of the NFT is registered in Delaware, so it will likely come down to marketing legislation in the state.

If you have any information regarding this story please feel free to reach out on Twitter or via my email link above.