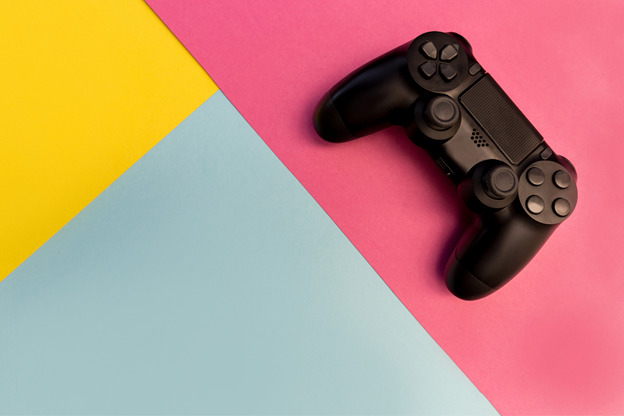 Built with an emphasis on simplicity and ease of use, Polygon (previously Matic) is designed to let organizations and businesses create and deploy their own decentralized applications (dApps). The platform serves as a layer-2 scaling solution that addresses the scalability and rising gas costs of Ethereum and other EMV-compatible networks. Additionally, it also works as a fully-functional chain on its own, thereby cementing itself as a preferred choice for a diverse range of blockchain-based projects.

The Polygon development team is also tapping into the NFT and blockchain gaming ecosystems to expand its offering footprint even further. As part of its efforts to bridge Web2 and Web3, Polygon recently launched Polygon Studios, a new initiative that will focus on NFT and blockchain gaming. As of date, Polygon has bloomed into a vibrant ecosystem with more than 100,000 active gamers on its network. More than 3,000 dApps are already harnessing the power of the Polygon network as the platform inches closer towards becoming the go-to layer-2 destination for blockchain gaming, DeFi, and NFTs atop Ethereum.

Polygon’s multichain infrastructure offers many features, including one-click deployment, extended modules for developing custom networks, and interoperability with Ethereum and other individual chains. In 2021, Polygon announced its intention to leverage the growth of NFTs by investing in Colexion, Asia’s biggest NFTs marketplace. The platform also highlighted that it would finance 50% of all development costs for projects on GameOn, one of the leading Asian game tech startups, to help bring NFT games on its network.

In the meantime, the Polygon team has also launched grants to support promising projects building on its network. Recently, blockchain game Gaia EverWorld, built on the Polygon technology stack, received an undisclosed amount from the Polygon Foundation via a grant. Harnessing Polygon’s unmatched speed and low gas fees, Gaia EverWorld unlocks unlimited opportunities for users in the metaverse.

The Gaia EverWorld project is backed by some of the biggest names within the crypto ecosystem, including Binance, BSCStation, AU21, Panda Capital, and others. The platform completed a successful $3.7 million funding round set to be allocated towards expanding into Binance Smart Chain via its NFT collection launch on the Binance NFT platform.

As the blockchain gaming and NFT markets continue their upward trajectory, users often face issues like slow throughputs and sky-high gas costs. Polygon combines the best of Ethereum and sovereign blockchains into an attractive feature set, making it one of the most preferred platforms for up-and-coming projects.

While there are hundreds of projects harnessing the power of Polygon, two NFT gaming use cases stand out for their potential to play crucial roles in the nascent blockchain gaming industry’s evolution amid the transition to Web3 and the metaverse.

Facilitating A Diverse Range Of Use Cases

XAYA, the blockchain game development studio behind the first-ever blockchain game Huntercoin (2014), is bringing over its experience and innovative game development product suite to Polygon. Per a recent announcement, Autonomous Worlds, the company behind XAYA, has entered into a long-term strategic partnership with Polygon to bring its decentralized gaming infrastructure onto the layer-2 scaling network.

As part of this partnership, Autonomous Worlds will integrate XAYA into Polygon, enabling the development of new blockchain and NFT games on the EVM-compatible sidechain. By leveraging XAYA’s Game Channels technology and Polygon’s inherent features, the next wave of blockchain games can finally deliver unprecedented levels of scalability and interoperability alongside instant settlement and unlimited transaction capability.

Jelurida, the company behind Ardor, Ignis, and Nxt chains, has also announced an integration with Polygon. Even though the Ardor and Ignis chains offer the first-of-its-kind parent-child chain architecture merged with native support for NFTs, high speed, and low costs, projects built atop these chains aren’t currently directly compatible with Ethereum or other EVM-compatible chains.

Through this integration, Ardor-based NFT game Mythical Beings will be able to expand its reach by tapping into Ethereum and other chains while ensuring that users (and projects) benefit from Polygon’s built-in features. Mythical Beings will use the Polygon bridge to bring its NFT collection on OpenSea, the largest secondary NFT marketplace on Ethereum.

The Mythical Beings development team will replicate all NFTs minted on the Ignis chain on the Polygon network via ERC-1155 tokens. Jelurida has already developed an open-source smart contract that will connect users’ Ignis and Polygon accounts via a bridge, enabling users to send all Ignis-based NFTs to Polygon. Once transferred, users can easily list them on OpenSea and other Ethereum-based marketplaces and trade using MATIC, ETH, and USDC tokens on the Ignis chain.

Besides facilitating a range of unique projects, the Polygon team is also expanding its footprint in the evolving blockchain ecosystem. In November 2021, the Polygon team introduced the network’s own community-driven and trustless IDO (Initial DEX Offering) launchpad called Polygen.

To overcome the problems of existing launchpads whereby whales get the most priority and the core goals of the participating projects are often overshadowed, the Polygen decentralized launchpad is designed to offer participating projects complete freedom. Projects can directly set the amount they want to raise, choose their preferred auction format, and manage their offerings. The Polygen launchpad also enables projects to implement multiple individual rounds and interconnected rounds for seed, private, and public funding campaigns.

While most traditional launchpads follow the “gatekeeper” system whereby only a few select projects are launched each month, primarily focused on short-term gains, the Polygen launchpad intends to facilitate the long-term success of promising projects.

With so much happening in the cryptoverse, Polygon, Ethereum’s “internet of blockchains,” is rapidly forging a presence across all domains. Now home to more than 3,000 dApps, the platform ranks among the fastest-growing ecosystems in the blockchain ecosystem. Accordingly, all eyes are on Polygon, as it positions itself to support the next wave of blockchain and NFT gaming.