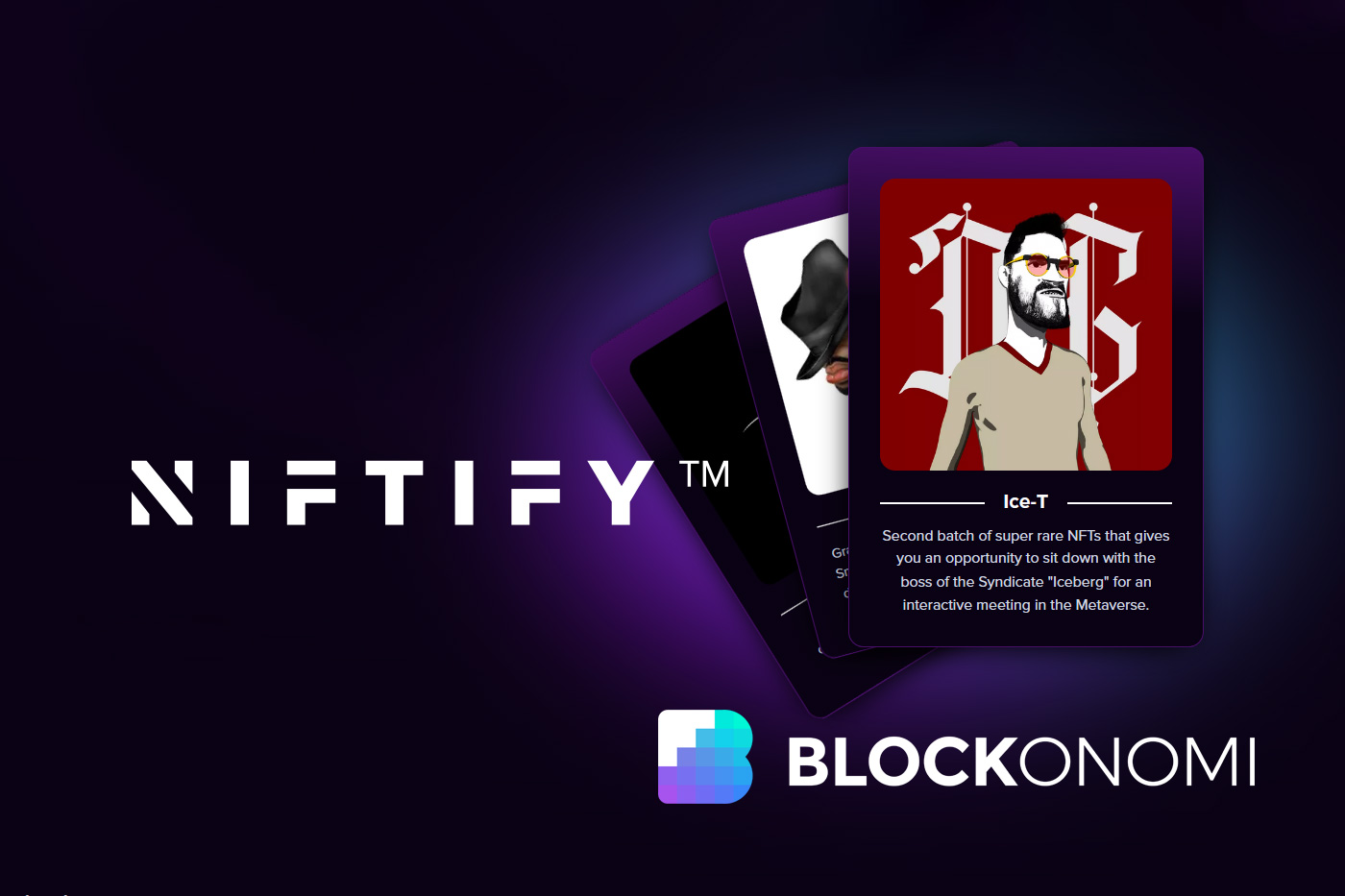 Artists, singers, or public figures must have caught the NFT wave as quickly as the crypto market volatility has come and gone. Previously, the NFT marketplace announced a plan to launch its first NFT marketplace in the United States.

The new marketplace will be the launch pad for Niftify’s customer expansion. According to the company, NFT collectibles will come with 10,000 NFTs inspired by popular names in rap and hip hop industries, as well as movie stars.

An initial release of NFT series is set to feature rap legend and actor Ice-T.

A Marketplace For Rap, Hip Hop and More

In October, Niftify platform officially released its beta version. At that point, the platform focused only on international customers, with the initial drops inspired by Ice-T.

The reasons that make Polygon the blockchain of choice is its ability to deliver the Layer 2 scaling solution. With Polygon, NFT creators can benefit from transactions executed on a more scalable chain, lower transaction fees and faster speed.

According to Bruno Ver, Niftify will soon enable collectors to buy NFTs with credit and debit cards rather than just crypto.

“We want to democratize the blockchain and specifically NFTs. If we just keep accepting only crypto we will continue to speak among ourselves. If we dream of mainstream adoption, we need to roll out the red carpet, bring the confetti and allow people to swipe, tap, type, or whatever they prefer to purchase their favorite NFT.”

As Nifttify moves forwards and expands its market, the drop this time will feature three key moments in Ice-T’s career, from both rapping and acting sides, done by the digital artist Tommy the Animator.

“When I think about my career, three pivotal moments stand out to me – the O.G. Original Gangster album, when I joined Law & Order: SVU 22 years ago, and when we released New Jack City in 1991…When Tommy and I created the New Jack City NFT collection for exclusive launch on Niftify, we wanted to recognize the movie’s standing impact on culture over the last three decades.”

Ice-T is a legendary rapper and the leader of the heavy metal band Body Count, who released the controversial song “Cop Killer” in 1992. Despite the song’s anti-police messages, Ice-T remains a part of rap music’s golden generation, a group of artists who never went to school but made a name for themselves through their natural talent and creative honesty.

Ice-T spends a lot of time in his music talking about the struggles that black youth face on a daily basis.

NFTs have a fantastic year in 2021. The non-fungible token, or NFT, is a type of digital asset based on blockchain technology that has swept social media and emerged as one of the most powerful influences in the contemporary art world. When the world is gradually digitizing, this is considered a unique phenomenon.

The NFT craze has continued to have a strong impact on the global music industry, following the bloom in the art industry. While some believe that NFT is just a way to make money, others believe it is a relatively new development.

Singers and a number of music companies began to express their ambitions and penetrate deeply into this digital market after realizing the opportunity and potential for huge revenue from NFT.

Leading entertainment companies are also gradually embracing the NFT trend, with the goal of creating virtual stars and metaverses (virtual spaces). Corporations have announced partnerships with major cryptocurrency exchanges to launch a number of projects aimed at selling NFT collections introduced by artists.