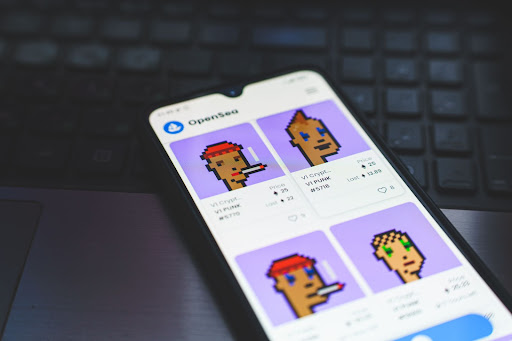 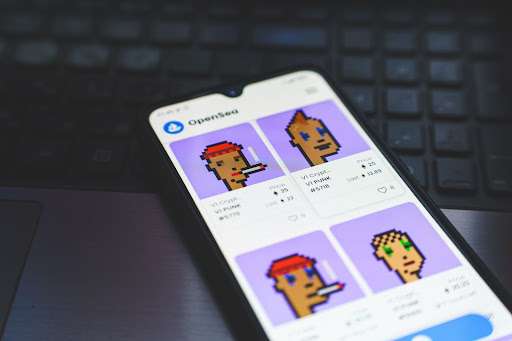 It’s unusual that a bit of technology acronym jargon makes its way so fully into social media and the entertainment world. But that’s happening now with non-fungible tokens or NFTs. As most Americans continue to ask what these assets are, and grumble about their characteristics and market, entertainers and writers are taking the bait.

For example, there is the recent SNL sketch with Kate McKinnon, where actors impersonating Eminem and other rap talents go over some of the basics of NFT production and sale.

Then there’s the latest on NFTs from the comedy duo behind South Park. Parker and Stone had to draw the boys all grown up to explore the world of NFTs in a way that looks a lot like Mission Impossible – as adult Butters escapes from a mental asylum by enticing the guard to invest.

Spoiler alert – the guy loses his shirt, which is another humorous take on how many people conflate NFTs with tulip-mania, suggesting that these are just hyped-up ghost assets that don’t really have any value.

However, that doesn’t really square with the reality, which is that NFTs are becoming a way to validate ownership of digital art.

“With most social media platforms adding NFTs, we are looking at a future where billions of people will increasingly gravitate towards crypto, beginning with NFTs,” writes a spokesperson on a blog at AAX, an exchange pioneering NFT trades. “It could also lead to an increase in the integration of crypto into popular culture. “

Part of what the comedy sketches highlight is the combination of ridiculousness and technological depth that are combined in NFTs. Some of the graphics are silly – some of the ideas are downright weird – but at the same time, the technology is so esoteric that from boomers to Gen X, many of our older consumers are not going to be able to navigate the marketplace very well – unless they are guided by some as-of-yet nonexistent platforms and services.

So in that sense, NFTs are likely to be very useful in the future, whereas right now, many people don’t find them very useful at all. Inside the entertainment world, though, you can see this sea change in the works.

Elsewhere in the entertainment world, some savvy operators are tying shows and storylines directly to NFT production. Where you can get your own cartoon Stoner Cat NFT on OpenSea, for example, we’re starting to explore the boundaries of NFTs, and perhaps more importantly, on-ramps that get the average person interested.

At the same time, some of the most forward-thinking artists and celebrities are getting involved

That’s the case, for example, with Reese Witherspoon’s partnership with World of Women in exploring NFT sales, trading on the actress’s name and the history of the group itself.

There are a lot of detractors asking why a celebrity would do this. But many of them aren’t as close to the pulse of the entertainment world and how it merges with the financial world. It’s likely that most of these artists have sought advice from some of their teams, and seen the potential for growth in an increasingly digital future. After all, television and film are now top forms of digital art!

NFTs and the Metaverse

Here’s another example of how to explain the relevance of non-fungible tokens in today’s technology world.

We may not see it yet, but as referenced by Facebook’s name change and corporate pivot, our societies are moving closer to the metaverse, a world where people meet in virtual halls to conduct real business. It’s something that technology nerds and science-fiction fans have been talking about for decades, and we have the technology – people just haven’t been exploring its potential up until now.

As the metaverse takes hold as a common idea, people are going to be increasingly represented by digital avatars. That alone presents one of the most fundamental use cases for NFTs as markers of digital art ownership.

In future years, NFT proponents argue, we’ll use the non-fungible tokens as proof of intellectual property for our avatar graphics. In fact, across the Internet, it’s already being done.

There may not be many examples of this kind of leading change – where we get the technology before the use case. And it’s confusing people. What if Henry Ford had designed a car made of cardboard that you could only put on your wall? Would people have bought it? Not in the beginning – but if it was then demonstrated that the cardboard car could project an image onto some nascent computer technology, and somebody found a way to make that useful, maybe we would all have cardboard cars on our walls today…!

That is perhaps not a very precise metaphor but it shows how in the digital world, sometimes technology moves in unanticipated directions. Take the LaserDisc, a relic of the 1980s. The technology didn’t proliferate, mostly just because people felt they didn’t need another physical data medium. But the discs were cool!

Of course, the value and relevance of NFTs are magnitudes of order, more fundamental than whether to put digital music and data on a disc or a tape, or a flash drive. But the point is that markets respond to popular sentiment (although that sentiment usually has to rest on real functionality) – and that’s why we may very soon see the attitude toward NFTs turn on a dime. We’ll have the functionality – and people will start to realize this as they enter the metaverse, cheerfully, or grudgingly. Pay attention as this “crypto jargon” becomes a much more familiar part of our world.