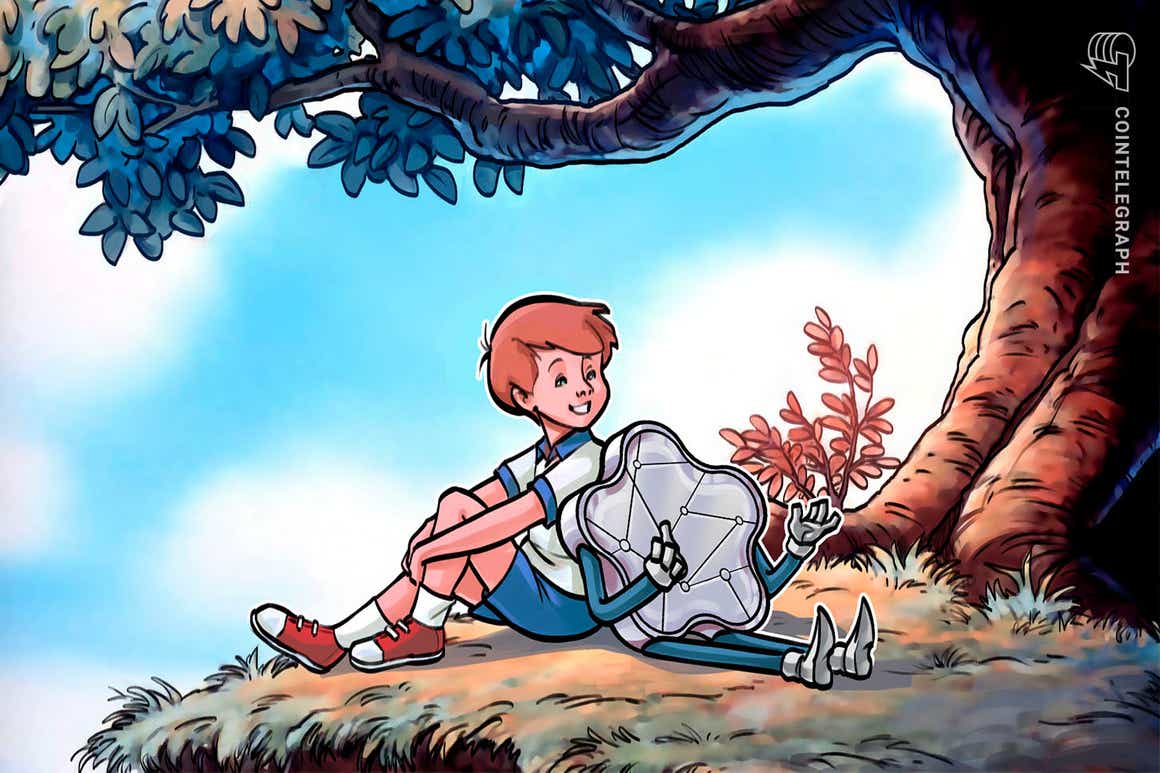 NFTs, or nonfungible tokens, have created a wealth of opportunities over the last year. Data from market tracker DappRadar found that NFT sales reached $25 billion in 2021. Artwork NFTs in particular have seen impressive growth. Financial services firm FinancePR recently determined that 257 artists generated at least $1 million in the past 30 days from selling NFT artwork. It’s also notable that NFT transactions have continued to increase, despite recent slumps in the crypto market.

Yet with so much revenue being generated over a short period of time, some may be wondering how NFT creators are applying these new streams of income. While this is a tough question to answer, industry experts believe that NFT philanthropy is becoming a major trend as sales from nonfungible tokens increase.

Alex Wilson, co-founder of The Giving Block — a nonprofit crypto fundraising platform — told Cointelegraph that the rise of NFT philanthropy has mirrored general growth across the NFT sector. Wilson said that NFT philanthropy started taking off about six months ago, noting that The Giving Block has already seen over $12 million in cryptocurrency, or 30% of its donation volume, come from NFT-giving initiatives:

“In most cases, creators are selling their NFTs and then have a portion (or all) of the proceeds donated to their favorite crypto-friendly charity. Since most NFTs are sold for ETH, many of the NFT-related donations have also come in the form of Ethereum.”

Given the amount of interest in NFT philanthropy recently, Wilson stated that The Giving Block is currently working with a number of major NFT platforms to make crypto donations easier by integrating the concept into their core product. “For example, we are working with NFT platforms to ensure that when someone is setting up an auction, they can select a charity from a dropdown and then have the proceeds automatically sent there,” he said.

In addition to initiatives from The Giving Block, Graph Blockchain, a decentralized finance and altcoin company, announced on Jan. 24 that the company has entered a share exchange agreement with Niftable, a charity-focused NFT company. This agreement would essentially allow Graph Blockchain to own Niftable after the acquisition is closed.

Paul Haber, CEO of Graph Blockchain, told Cointelegraph that focusing expertise on NFTs in the charity space offers a number of benefits. He added that most charities today rely on volunteers and lack expertise in the emerging NFT world.

While emerging solutions from The Giving Block and Graph Blockchain could be game-changers for NFT philanthropy, artists and organizations have also begun using their own resources to ensure proceeds earned from NFT sales go to good causes. Many of these initiatives are focused on helping children.

For example, Sheqonomi is a project that uses NFTs to give back to children in need, particularly girls in developing countries. Anu Bhardwaj, founder of Sheqonomi, told Cointelegraph that the rewards-based podcast is designed specifically for low-income populations who don’t have access to streaming media services, like Spotify:

“This podcast was designed for people to listen, learn and earn, especially during COVID-19. We built Sheqonomi on KaiOS, which is a $10 mobile phone that has a partnership with the Indian telecommunication company Reliance Jio. This will incentivize 150 million JioPhone users to listen, learn and earn digital assets and rewards in the very near future.”

Bhardwaj further explained that users listening to the app have the ability to earn reward tokens as an incentive for providing the platform with user-generated data. Listeners are then able to hold these tokens in their virtual wallets or spend them on the NFT artwork soon to be featured on Sheqonomi’s platform. Bhardwaj said:

“On March 8, 2022, which is International Women’s Day, we will have an NFT gallery where people can purchase artwork NFTs with their tokens. Proceeds from each sale will be donated to participating charities on our platform. For instance, a minimum of 25% of NFT sales will be given to The State of Women Institute, a 501 (c)(3) nonprofit organization championing the stories and issues faced by young women and girls.”

According to Bhardwaj, Sheqonomi uses NFTs for philanthropy since these digital assets represent the voices of women and girls everywhere. “The main thing we want to spotlight is divine feminism in all forms. For instance, one of the NFTs that will be featured in our gallery was created by an eight-year-old girl who wanted to have 50% of proceeds donated to refugees.”

Moreover, Bhardwaj noted that giving back using NFTs allows Sheqonomi the ability to continually add charities to its platform while letting users understand where exactly those funds are going thanks to the transparency provided by blockchain technology.

Chris Fabian, co-founder and lead at Giga — UNICEF’s global school internet connectivity initiative — told Cointelegraph that all of the proceeds from UNICEF’s NFT sale went back to support Giga:

“The entire sale generated 235 ETH worth of revenue. Through the minting of the NFTs alone, we raised 175 ETH. We then had an in-person auction for one unique piece that sold for 40.9 ETH. Finally, royalties from OpenSea allowed us to receive 20% back from secondary sales, where we’ve generated 20 ETH. In total, we’ve raised 235 ETH, all of which was given back to UNICEF.”

To date, Fabian explained that Giga has connected over 3,000 schools to the internet, benefitting over 700,000 children, and mapped over 1 million more to help target investment in connectivity.

He explained that using NFT proceeds has allowed Giga to bring in a new community of donors seeking social good opportunities through cryptocurrency. Moreover, Fabian mentioned that the utility behind UNICEF’s NFTs allows donors the ability to continue giving back to underserved communities. “We have flipped the way of looking at NFT utility, which is refreshing,” he said.

In another example of NFT artwork being used for charity, American entertainment company iNDIEFLIX recently released a documentary entitled Angst, which features a series of film NFTs focused on raising awareness for children’s mental health.

The film will stream until Jan. 31, 2022, on a blockchain network created by digital content management firm Eluvio.

Scilla Andreen, producer of Angst and chief operating officer iNDIEFLIX, told Cointelegraph that the production company wanted to use film NFTs to create a marketplace for creatives to directly connect with the film’s audience. “We wanted to use a story to build community. COVID hit everyone hard, so we pivoted by doing a hybrid approach to deliver content through different models, NFTs being one of those,” said Andreen.

Andreen explained that viewers can easily claim a free NFT by creating an Eluvio digital wallet from the film’s event page. There are three community NFTs featured, each containing a supply of 10,000 unique nonfungible tokens with a specific theme related to the film:

“The NFTs are meant to symbolize three stages of anxiety: revelation (to normalize and address our most common fears), action (tips and tricks to help children hack their brain to create calm), and change. A special thank you NFT will also be airdropped to the community following the event. Each NFT is linked with metadata that contains video clips from Angst.”

While the NFTs from the film are given to viewers for free, Andreen shared that a “special film” NFT will be available for purchase. She said that 50% of the proceeds from this sale will be given to the organizations Jack.org and Lady Gaga’s Born This Way Foundation, both of which focus on children’s mental health.

Michelle Munson, co-founder and chief operating officer of Eluvio, told Cointelegraph that her firm has spent years working on incorporating blockchain technology with digital media content. For instance, in August of last year, Fox Corporation made a strategic investment in Eluvio to help develop Fox’s NFT business model. Munson explained that NFTs have opened a mechanism for value and engagement to occur through film content:

“NFTs are a new form of digital identity that can help reach youth. The backstory, though, is that NFTs can also be very profitable. NFTs can be viewed as a way to eventually provide a new type of equity finance, working as blockchain equity through NFTs. This is a huge area that our company believes will accelerate fast. Many projects are using NFTs to engage with an audience while funding their own work and charitable initiatives.”

While NFTs for charity are certainly a growing sector, challenges remain that could hamper adoption. For instance, as NFT sales gain traction, a number of scams have plagued the space. Therefore, it’s important for both donors and organizations to carefully consider each nonprofit accepting NFT donations.

For instance, Wilson mentioned that The Giving Block has vetted every nonprofit the organization works with, noting that these are all registered charities. In terms of ensuring that donations actually go to the intended recipients, Wilson added that The Giving Block is automating its distribution or payout models. “For example, on some platforms like Foundation, you can set a payout address so that a portion (or all) of the proceeds are automatically sent.”

Technical challenges aside, Munson pointed out that she believes the biggest challenge surrounding NFT philanthropy is awareness. “We need to educate the world on the possibilities. There is a real need to keep amplifying what is possible with NFTs.”

Even with the present challenges, NFT philanthropy is poised to be an ongoing trend. Alex Salnikov, co-founder and head of product at Rarible — an NFT marketplace — told Cointelegraph that there has been an increase in NFT philanthropy efforts lately. Salnikov said that while the number of donation volumes are impressive, the fact that NFT community members are becoming first-time donors is equally important:

“This presents an entirely new audience who might be even more generous than investors across other sectors. This trend is giving rise to a crowd that is just more comfortable with donating via NFTs and crypto, be it for tax reasons or just because they’re more comfortable with on-chain assets as opposed to fiat assets processed by centralized authorities.”