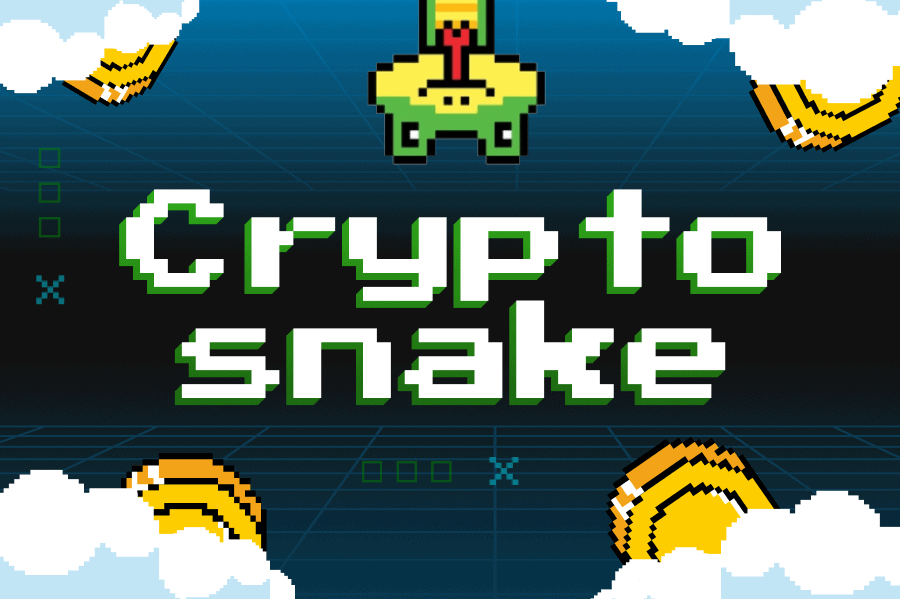 They adopt the play-to-earn business model that allows gamers to earn crypto rewards while playing their favorite games.

There are thousands of NFT games already in the market, and more are being launched every day. But even with the long list of games available, blockchain gamers are still looking for something that allows them to earn more rewards. And now Cryptosnake aims to live up to that expectation.

Cryptosnake is an NFT-focused blockchain game based on the simple yet classic “Snake” from the 2000s.

The game’s concept involves a snake that has to “eat” bricks to grow. Players direct the snake so that it does not collide with either the obstacles in the game or its body. The game’s difficulty increases as the snake’s length grows.

Although this game has been adapted to different devices, with developers trying to come up with new ideas to make it more appealing, the basic concept remains unchanged.

But now, Cryptosnake is aiming to evoke that feeling of nostalgia and at the same time introduce a way for players to earn real cryptocurrencies while playing the game.

Cryptosnake offers enticing and diversified income streams available. The main source of income is derived from growing the snake, and that involves feeding it tokens provided on the playing field.

Players earn a passive annual percentage rate (APR) by staking their SNAKE tokens, and the rate grows if the snake is more pumped.

Additionally, gamers can increase their APR by accumulating the many available bonuses in the game such as one which rewards you for spending more time.

Interestingly, the game integrates halving into its protocol. Every six months, the APR will be cut in half, and this gives early users an advantage.

Finding or buying game artifacts is another way that players earn from Cryptosnake. The artifacts, which include diamond, snake hunter, snake charmer, shadow snake, rainbow unicorn, and more, act like portions or boosters to increase the snake’s profitability. They are limited in number, making them more valuable.

Another income stream comes in the form of a reward system where 30% of the first transactions conducted by new players in the game are distributed among old players.

In this case, players do not even have to invite anyone to the game to earn a reward. The only way players can ensure that they get this reward is by joining the game in its early stages.

Cryptosnake is also designed in such a way that not only the in-game currency is a non-fungible token (NFT) but every game asset, including the artifacts and the snakes themselves.

This allows players to buy and sell any in-game object on the marketplace and earn real money from them.

Currently, Cryptosnake has not been officially launched, but it is in the final stages of development and is scheduled to go live on November 30, 2021.

However, early fans of the game can join the project’s community and stand the chance of receiving bonuses in the form of the SNAKE token, which will subsequently be sent to their registered Cryptosnake digital wallets when the game finally launches.

Tokenomics: What is SNAKE token?

SNAKE is the native utility token of Cryptosnake. It is based on the Binance Smart Chain (BSC) network and can be exchanged for other BSC-based currencies.

It has a supply cap of 10 billion tokens, with an initial distribution of 100 million SNAKE tokens, which will be available on PancakeSwap for a presale, allowing investors and other market participants to purchase the token at an early stage of the project launch.

The remaining tokens, 9.9 billion SNAKE will serve as staking tokens and will be elastically issued the moment the NFT is broken (when the snake is destroyed) and converted into SNAKE tokens at market exchange rates. New tokens will also be issued at the time of staking interest accrual.