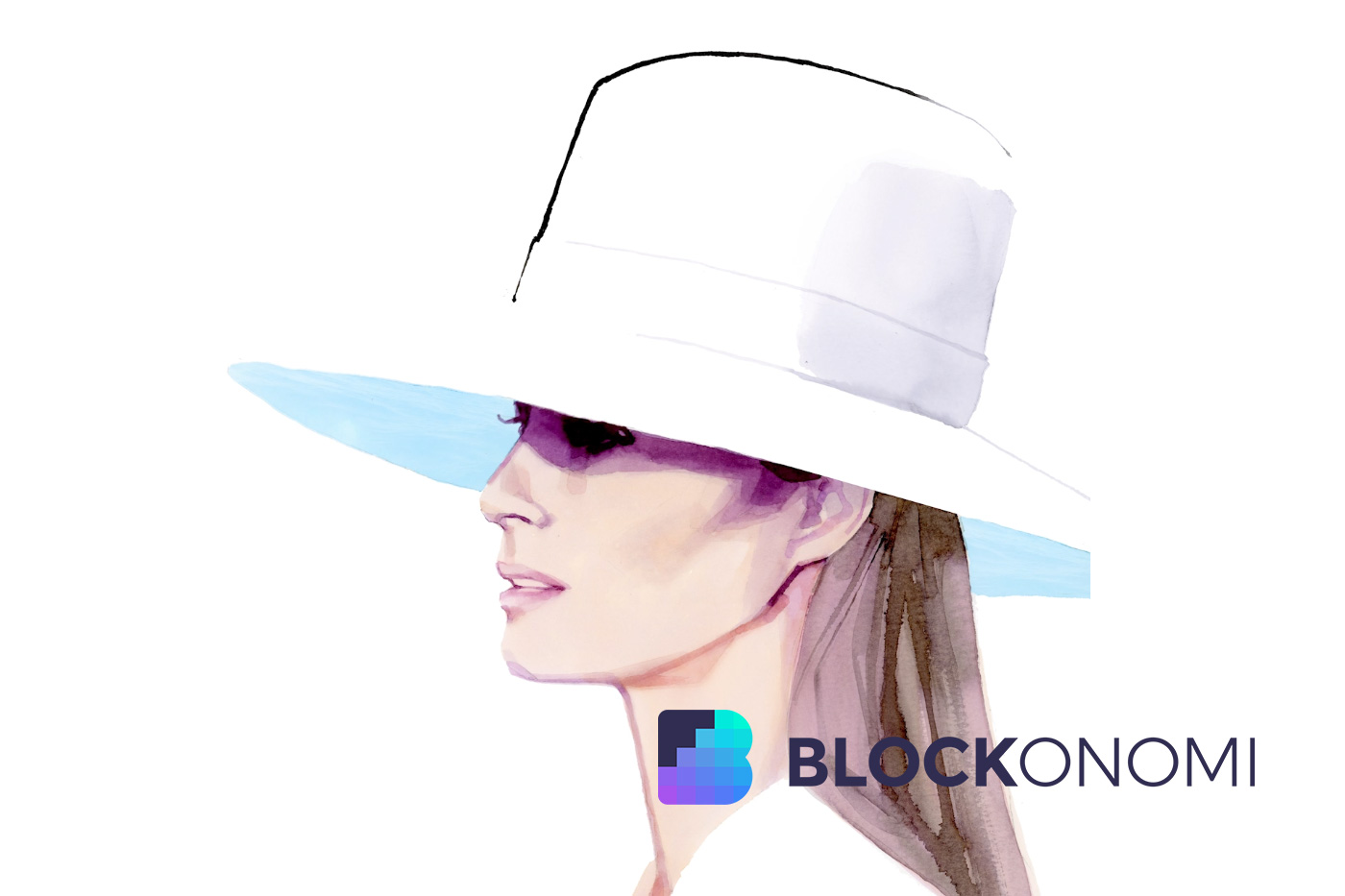 The NFT is a wide-brimmed white hat she wore during the French President Macron’s state visit to Washington.

While Melania seems to build her own business empire, the crypto community quickly caught something strange in the selling activity.

According to blockchain data, the NFT buyer was coincidentally…the NFT creator.

In December 2021, Melania became the “crypto queen” after her announcement of NFT release.

The official news marked the former US First Lady’s major move towards crypto space. At that time, Melania stated that her life-inspired artwork was selling as NFTs and would be launched on the Solana blockchain.

The announcement also implied more collections to come in the future after the first NFT release of “Melania’s Vision.”

At the time, the collection featured NFTs depicting her eyes at 1 SOL. All proceeds from the sale will be donated to charities that help children under her name.

Everyone is Entering the NFT Market – Everyone

The former First Lady seems committed to her words.

By the end of January 2022, she continued to announce the release of a new NFT collection called “Head of State Collection, 2022”, which depicts the image of Mrs. Trump wearing a white hat during the reception for French President Emmanuel Macron at the White House in 2018.

In this press release announcing the auction of the NFT, Melania Trump’s representative said that an offer to buy for up to 1,800 SOL ($250,000 at the time) was sent. The money raised will continue to be used for charity activities for children.

The auction then went smoothly, with the final sale price still being 1,800 SOL. However, due to the correction of the cryptocurrency market during mid-January, the cash value of the above amount is only 170,000 USD.

But latest findings showed that the scenario seemed too good to be true. Following a series of transactions on the Solana blockchain, it can be clearly seen that the seller and buyer of Melania Trump’s NFT are most likely the same.

Melania Trump previously revealed her intention to venture into NFTs last year, describing it as a blend of her passion for art and devotion to supporting our Nation’s children to fulfill their own unique American Dream.

The deal proceeded in the following order. The first wallet address sent 372,657.64 USDC to an intermediary address, and then converted part of this amount to 1,816.08 SOL via DEX Raydium.

It was only when following the cash flow path in the series of transactions that people are “impressed” to learn that the buyer of the NFT hat is the seller.

“The nature of Blockchain protocol is entirely transparent. Accordingly, the public can view each transaction on the blockchain. The transaction was facilitated on behalf of a third-party buyer.”

It remains questionable whether Melania Trump NFT was a wash trade although blockchain data is well-known for its transparency and reliability.

The incident is not the first time that NFT projects have been questioned for their real value.

Meanwhile, there are no further comments on the newly announced set of events from Melania’s side.

One hypothesis of this strange act is that the buyer uses cash instead of cryptocurrency and he must have made an indirect transaction through Melania’s side.