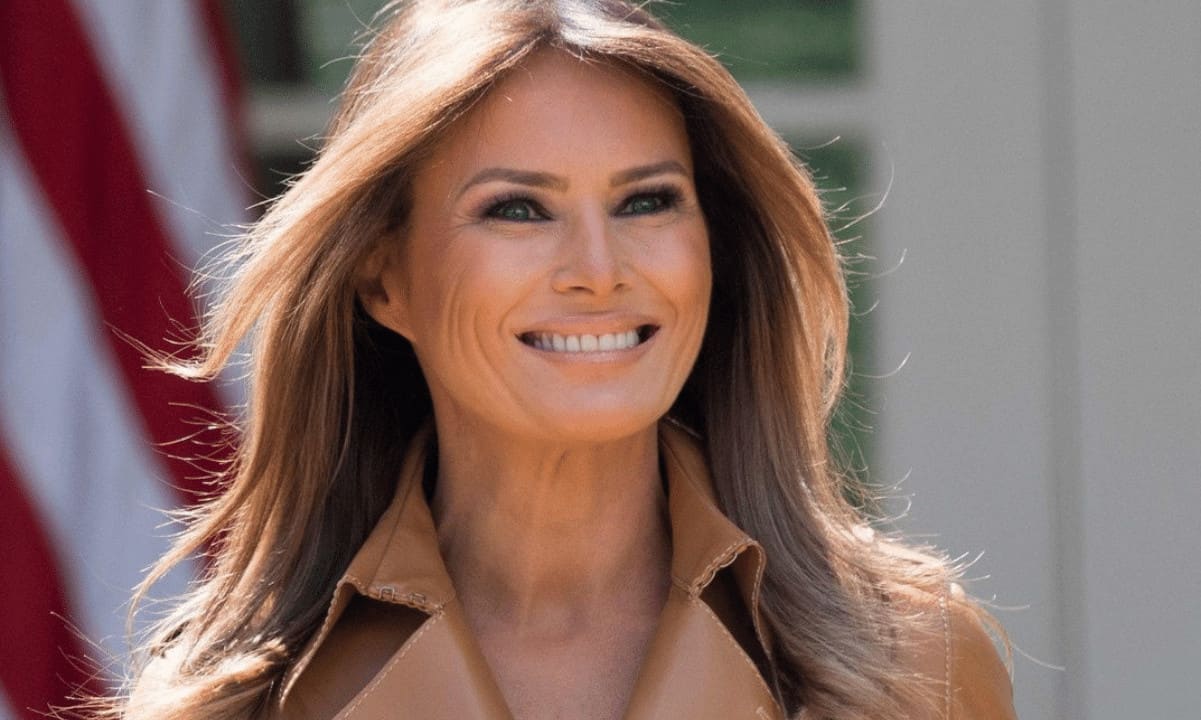 The former first lady of the USA – Melania Trump – will join the cryptocurrency universe by releasing her non-fungible token platform. The first NFTs, called “Melania’s Vision,” will be available to purchase for a limited period around the Christmas holidays.

According to a December 16 press release, Mrs. Trump’s non-fungible tokens are watercolor art depicting her blue eyes. The NFT platform utilizes the Solana blockchain and will accept both the native token of the project and credit card payments through MoonPay.

The price of a single digital collectible is set at 1 SOL (approximately $180) and includes an audio recording from her with a message of hope.

The businesswoman revealed she is proud to announce her NFT endeavor, which embodies her passion for art. The initiative will also focus on supporting children through her “Be Best” project:

“Through this new technology-based platform, we will provide children computer science skills, including programming and software development, to thrive after they age out of the foster community.”

Melania Trump is a Slovene-American former model. In 2010, she launched her jewelry line called “Melania Timepieces & Jewelry.” Eight years later, she founded “Be Best” – a public-awareness campaign orientated towards the well-being of children and advocating against cyberbullying.

For the broad society, though, she is famous for being the wife of Donald Trump – the 45th President of the United States of America.

Mr. Trump Is Not a Crypto Fan

Unlike his spouse, the former leader of the USA has displayed his negative stance towards digital assets numerous times.

He started his bashing manifest in the summer of 2019. Back then, he opined that bitcoin and the alternative coins could not classify as money as their prices are highly volatile.

“Unregulated crypto assets can facilitate unlawful behavior, including drug trade and other illegal activity,” he added.

It is worth noting, though, that cash is still the most employed way of settling deals involving narcotics and illicit substances. On the other hand, bitcoin is entirely transparent thanks to its blockchain technology, where all transactions are recorded and can be seen by anyone with access to the Internet.

In June this year, Trump said BTC represents a threat to the American dollar. He went even further by labeling the cryptocurrency as a “scam.”

At the end of the summer, he warned that investing in cryptocurrencies is “potentially a disaster waiting to happen.” The former President doubled down on his USD support and advised people to invest in it instead of digital assets.