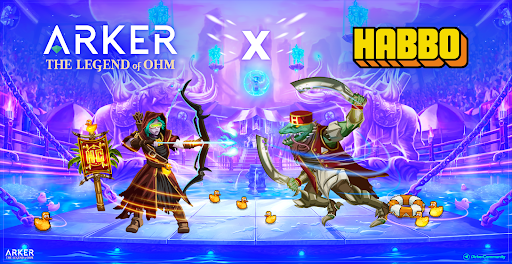 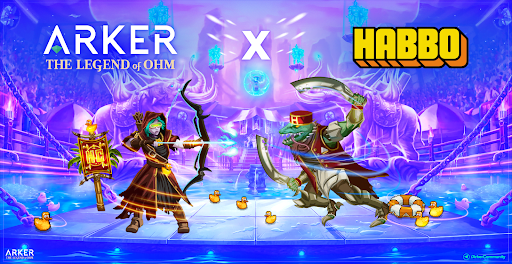 Arker, a blockchain-based play-to-earn gaming platform built on the Binance Chain, has announced a new partnership with Habbo which will enable it to integrate the latter’s NFT collection into its own flagship game – Arker: Legend of Ohm.

In its announcement, Arker stated that the partnership will allow gamers on its platform to use Habbo NFTs to unlock and enjoy a wide range of visual features within the game.

We have the enormous honor to present our new partnership!
Let’s welcome @habbonft to the Arker Metaverse!⚔️🔥⚔️
In the next twits we will explain the advantage of being part of both communities!👇👇#Arker #Habbonft #BSCgems #play2earn #playtoearn pic.twitter.com/Fskn6ISZIo

This way of collaborating with other projects will allow us to reach a greater number of players and, most importantly, make the project known.

Arker is a Binance Chain-based game that launched in 2021 that allows its players to take up the role of a hero, and even get a pet, as they strive to conquer and regain control of the Kingdom of Ohm. Taking on the increasingly popular play-to-earn model, Arker allows its users to make money while enjoying the gaming experience. Users get rewarded in the native Arker token, Fragments of Arker ($FOA) and other tokens.

Once they receive the tokens, the Arker players can sell them on the open market, earning themselves some money for fighting against other players, participating in the play-vs-everyone competitions, competing in the guild wars, performing daily missions and more.

Habbo, on its part, is a well-known game that’s been around for over two decades, being a metaverse game way before the metaverse was cool, even before blockchain technology was around. With thousands of active players, it’s stood the test of time for 21 years.

Habbo jumped onto the blockchain world recently by releasing its first batch of NFTs. Its two NFT collections on OpenSea include one of 11,600 HABBO Avatars that players can use in-game, with the other being a collection of profile pictures known as Habbo Portraits. Both these collections will become available on Arker: Legend of Ohm.

To use the Habbo skins on Arker, players must hold the Habbo NFTs in the wallet that’s linked to their Arker account. This NFT will only remain tied to the Arker account for as long as it remains in this wallet. If the player changes the Habbo NFT, it will reflect on Arker as well, but if they sell it or transfer it to another wallet, it will be disabled on Arker.