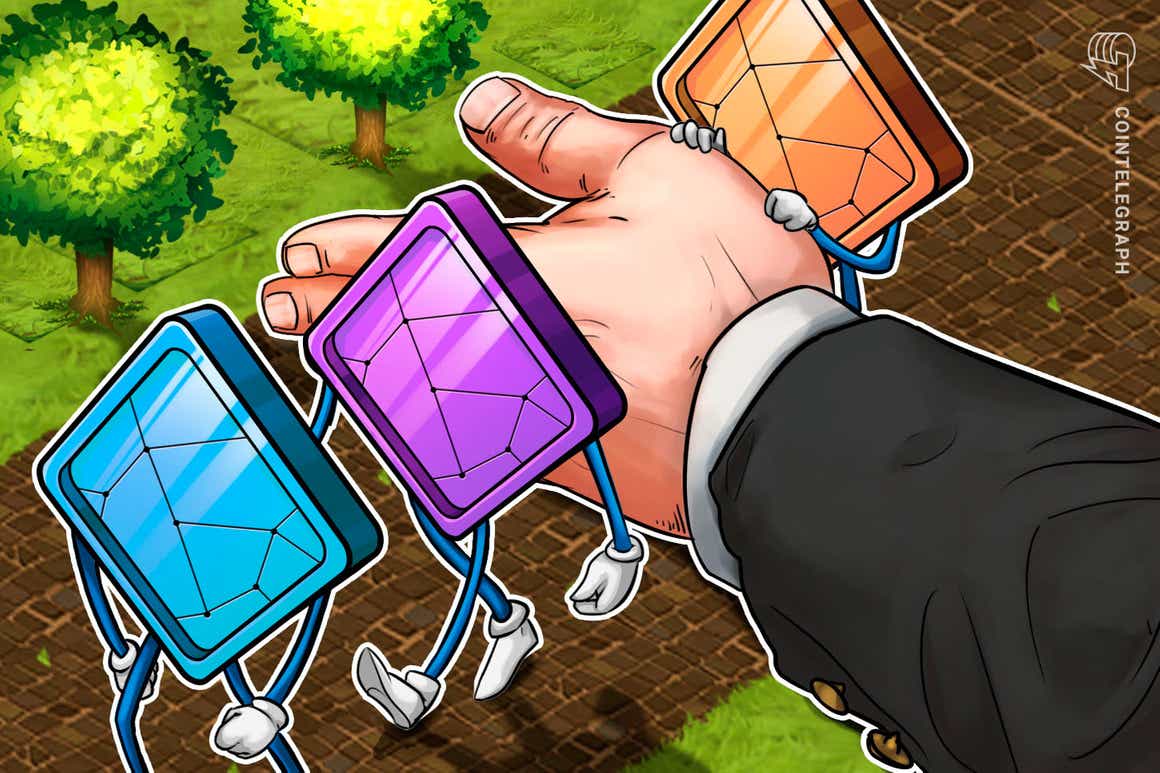 On Feb. 6, the United States Department of the Treasury released a report under the headline “Study of the facilitation of money laundering and terror finance through the trade in works of art.” In fact, only a tiny fraction of the 40-page document is dedicated to the “Emerging Digital Art Market,” by which the department understands the market for nonfungible tokens, or NFTs. Still, even a brief mention of the emerging NFT space in this context can have major implications for the tone of the nascent regulatory debate with regard to the asset class.

What the report said

The overall tone of the report is hardly alarming for the NFT space: The document casually mentions the growing interest in the digital art market both from private investors and legacy institutional players such as auction houses and galleries. Nevertheless, several key points illuminate potential areas of regulatory anxiety with regard to this exploding sector of the digital asset industry, which, according to the Treasury’s estimates, generated $1.5 billion in trading volume in the first three months of 2021.

First of all, NFTs still lack a definitive financial classification. Given their unique nature, nonfungible tokens could be categorized as collectibles rather than as payment or investment instruments. But, in certain scenarios, they could also qualify for the status of “virtual assets” under the Financial Action Task Force (FATF) definition. Platforms that facilitate NFT trading would then become “virtual assets service providers,” making them subject to Financial Crimes Enforcement Network (FinCEN) regulations. That means, in the first place, it would be necessary to fall under the Anti-Money Laundering/Combating the Financing of Terrorism (AML/CFT) reporting requirements.

There is a chance that the question of classification ends up not being key to NFT’s regulatory future, should the FATF stand by its position that was voiced earlier in October 2021 that nonfungible tokens are not to be viewed as “virtual assets,” but rather “would be covered by the FATF standards as that type of financial asset.” The FATF guidance, however, left all kinds of doors open by stating that “countries should […] consider the application of the FATF standards to NFTs on a case-by-case basis.”

Tatiana Revoredo, a founding member at Oxford Blockchain Foundation, noted that the FATF does not recommend direct regulation of peer-to-peer (P2P) transfers. It seems that “the U.S. Treasury report goes a bit further,” potentially laying the groundwork for regulation that goes beyond the international task force’s guidelines.

Another major NFT-related focus of the Treasury’s report is the money laundering potential of the asset class. The authors argue that NFTs’ main advantage for money launderers is the lack of the need to move digital art objects physically, meaning that there are no “financial, regulatory, or investigative costs of physical shipment.” The connection between the ability to avoid physical shipment of an object and its money-laundering vulnerability is not exactly convincing, though. Ryan Fayhee, partner at law firm Hughes Hubbard noted to Cointelegraph:

This risk is not unique to NFTs — there are AML risks that arise from the sale of any other easily transferable luxury goods such as an expensive bottle of wine, a diamond or a small physical work of art.

Lastly, the report briefly discusses NTFs’ vulnerability to hyperspeculation. Unlike the traditional art market that has relatively slow commercial cycles (for example, the painting should be properly and repeatedly identified, evaluated, auctioned, e.t.c.), the properties of digital art “can create an incentive to shape a marketplace where the work is traded repeatedly in a short period” and produce a “situation where it is not possible to conduct due diligence if transactions are conducted in rapid succession.” These properties, the report maintains, can also generate an environment favorable for money laundering repercussions operations.

How real are the risks?

Blockchain analytics firm Chainalysis estimates that more than $1 million worth of crypto was transacted to NFT marketplaces from known illicit addresses (those associated with scam activity) in Q3 2021 and a little under $1.4 million in Q4. The numbers are also on the rise for stolen funds and the money sent to NFT marketplaces from addresses with sanction risks, for example, from Latvia-based platform Chatex that made headlines last year with the Treasury Department’s allegations of facilitating nefarious transactions.

As Chainanalysis notes, it is still “a drop in the bucket” compared to the $8.6 billion worth of cryptocurrency-based money laundering tracked by the analysts in 2021. It’s also worth noting that NFTs are far behind the traditional art market in terms of attracting shaft funds. Yet, it is likely not going to always be like that. In his recent Cointelegraph op-ed, Joseph Weinberg, who serves as an adviser to the Organization for Economic Co-operation and Development (OECD) and Financial Stability Board, observed:

It makes sense that development in NFTs, which has already been moving forward at a rapid speed, would grow to include technology that creates solutions for regulation. The same has happened for crypto at large and most industries that grow from something small to something massive.

Speaking to Cointelegraph, Thibault Verbiest, who heads the fintech and cryptofinance department at Metalaw, agreed that as the sector grows, some regulatory clearance is necessary and even Know Your Customer (KYC) procedures should not be seen as too big of a problem:

With KYC measures implemented, NFTs’ main advantage would be to offer a better way to transfer ownership of assets […] although the advantages in terms of privacy and censorship resistance could be lessened. This is probably the path of the middle and a good compromise as the NFT sector grows and professionalizes itself and the technology is democratized.

Nick Donarski, founder and chief technology officer at HFT company Ore System, agrees that a clear will only help bolster the sector and reduce the impact of “fake news” and misinformation:

Blockchain technology and NFTs specifically are just digital pictures. That’s it. As unsexy as that sounds, they are just a hash and blob of data. The application of them is what defines the controls that need to be in place. The internet was going through these same types of growing pains 20 years ago and now, people couldn’t live without it […] Regulation of monetized investment and legitimacy will only signal further growth.

The future of the digital art market

None of the experts who spoke to Cointelegraph on the matter were convinced with the “NFT as a money laundering tool” narrative of the Treasury’s report. Fayhee believes that the digital nature of NFTs arguably makes them less susceptible to money laundering than other forms of art, given their capacity to provide a permanent chain of ownership that does not exist in the traditional art market where “it is more challenging for individuals to access and inspect ownership history.”

It’s also important to remember that the NFT market didn’t exist even two years ago, and there is a whole process of maturation and consolidation that lies ahead. Donarski argued that “Just like we have shows, galleries, media, etc., the same thing will occur in the digital space.”

Vergiest expects to see the digital art market to establish its own reputation in the future. It doesn’t mean, however, that there is nothing to be done for the industry to address regulators’ anxieties proactively. Apart from creating the tools and mechanisms vital for the new market — such as royalties payment schemes, art authentications mechanisms and renting mechanisms for digital galleries — it is important to spread the word to the public. Vergiest noted:

Education is also needed to inform the public and regulators on blockchain risks, financial risks and legal risks so that the NFT market accelerates its natural growing process of becoming the democratized and digitized version of the traditional art market.

Ultimately, as Revoredo observed, the matter at hand “involves a technology still under construction,” and today, it seems impossible to have legislation that would adequately address all possible scenarios. In this situation, being proactive in shaping social value and regulatory narratives is indeed crucial for the emerging industry.