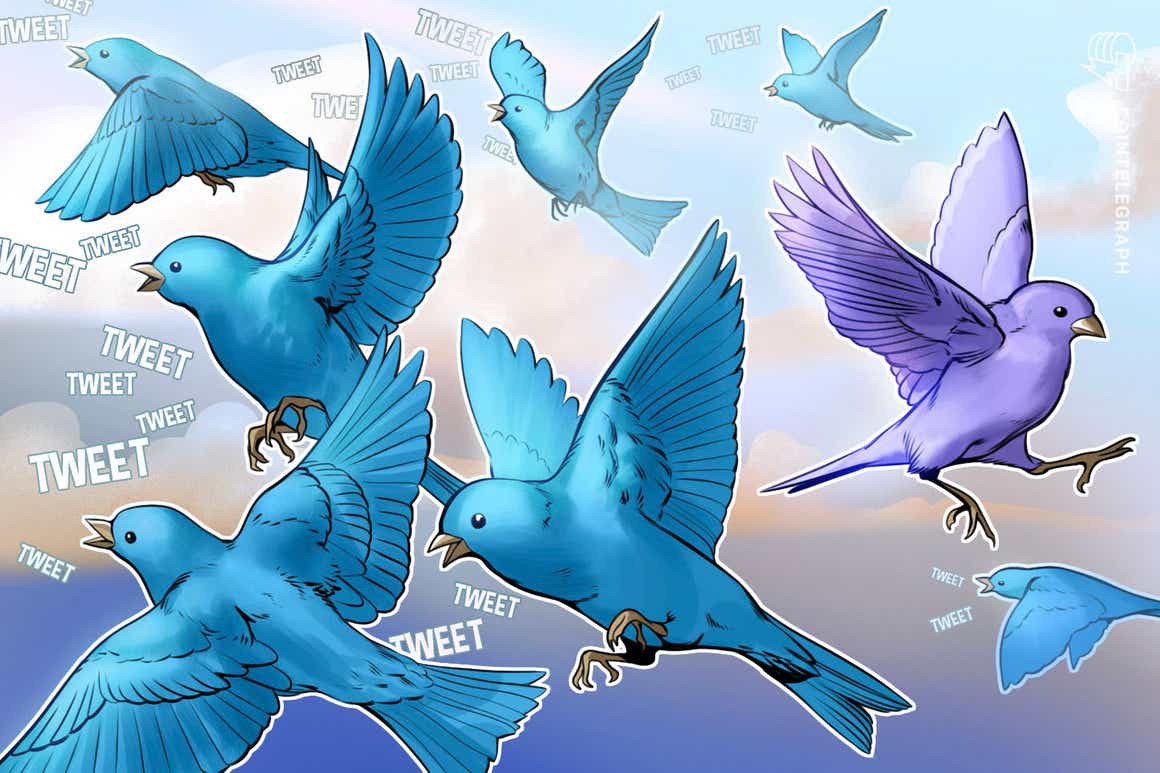 The story of the IreneDAO NFT craze started in October when 28-year-old Chinese crypto influencer and model Yuqing Irene Zhao came up with the idea for “So-Col” with her business partner, Benjamin Tang.

So-Col is short for “Social Collectables,” Irene explained to Cointelegraph, and the platform aims to help content creators monetize their content and build communities with their fans.

Branded as the “decentralized version of OnlyFans, Discord, Twitch, and Patreon,” the platform allows content creators and influencers to convert their social media content into non-fungible collectible items (NFTs.) It is powered by StarkWare’s layer-two solution StarkEx and leverages the decentralized ID protocol.

Fast-forward to Tuesday last week, Tang and Irene launched a sticker pack for Irene’s Telegram community to use on the messaging app. The stickers feature superimposed photos of Irene with meme slang text used by members of the crypto community like “gm”, “wen Binance”, and “yes ser.”

A timeline: sticker pack, to NFT collection, to DAO

The sticker pack immediately gained a lot of traction, reaching 2,000 installations within four days according to Irene. On Wednesday, she was contacted by a fan called “libevm” – who told Cointelegraph they would prefer to stay anonymous – on Twitter, who suggested that she consider turning the sticker pack into NFTs.

Irene agreed, and they tokenized the stickers into 1,106 NFTs on the OpenSea marketplace by Friday. The NFTs are described as an “access pass” to the DAO’s “Genesis Tribe,” initially distributed with a free mint. They’re currently trading at a floor price of 1.47 Ether ($4,668), with a total volume traded of 2,000 Ether ($6,351,180).

“We at So-Col thought it was a great idea as we wanted to create a prototype for our core concept of a community-driven creator economy. We then extended the idea into a DAO, and “libevm” and my co-founder Ben hacked it together within a day,” she explained to Cointelegraph.

“What we didn’t expect was that our test case was an instant hit. In fact, I was not even aware when it was launched – I was out for a swimming lesson! By the time I came back from the pool after 40 minutes, the entire 500 NFTs were gone. I didn’t even have one to myself!”

Wait, so I have a DAO now?? https://t.co/qGJTygagLn

Despite its success, neither “libevm” nor Irene say they have taken a cent from the project. Rather, the money will be used by the DAO community to “experiment the best ways of integrating web3 into the creator economy.”

When the DAO was initially launched, members were able to mint a free genesis pass by logging onto the website. However, all 1,107 passes were claimed in the first 30 minutes, explained Irene. By purchasing one of the sticker NFTs, fans are also effectively purchasing a membership for the DAO.

The success of @Irenezhao_ will probably be a bigger factor to attract more females into the crypto space than any other efforts so far. Kind of crazy how far and how much access a smart, capable, and attractive girl can get in this space.

This is a non-politically correct view.

“We’re discussing it in the discord on how to extend it so it becomes more inclusive, explained “libevm”, adding that they use the NFTs to “signal how funds should be used” within the DAO.

Perhaps unsurprisingly, Irene’s success has led to some polarizing reactions in the crypto community. Some big names like Galaxy Digital CEO Mike Novogratz and YouTuber Logan Paul have actually bought into the project themselves.

“Proud member of team @Irenezhao_ I love the hustle. This young woman has created her own brand in less than a year. And NFT’s allows her to pull her community together,” wrote Novogratz in a Sunday tweet.

Is a collab between Ghozali and Irene Zhao on the cards?

“Libevm” explained to Cointelegraph that they came up with the idea to turn the Telegram stickers into an NFT collection following the success of fellow crypto influencer, Ghozali. The Indonesian 22-year-old has made $22 million selling NFT selfies on the OpenSea marketplace.

In fact, members of IreneDAO already appear to have their sights set on a potential future collaboration. “The DAO has spoken,” wrote Irene in a Jan. 14 tweet. “I would like to extend an open invitation to you to work on a collaboration.”

Since then, someone has created an OpenSea account called “GhozalIreneDAO,” featuring some questionable edits of Ghozali’s head superimposed onto Irene’s body.

So-Col recently closed its seed investment round, with investments from many industry leaders including Animoca, Defiance, 3AC, and Mechanism.

In 2021, Irene rose to prominence in the crypto space through her role as Chief Marketing Officer at Konomi Network.