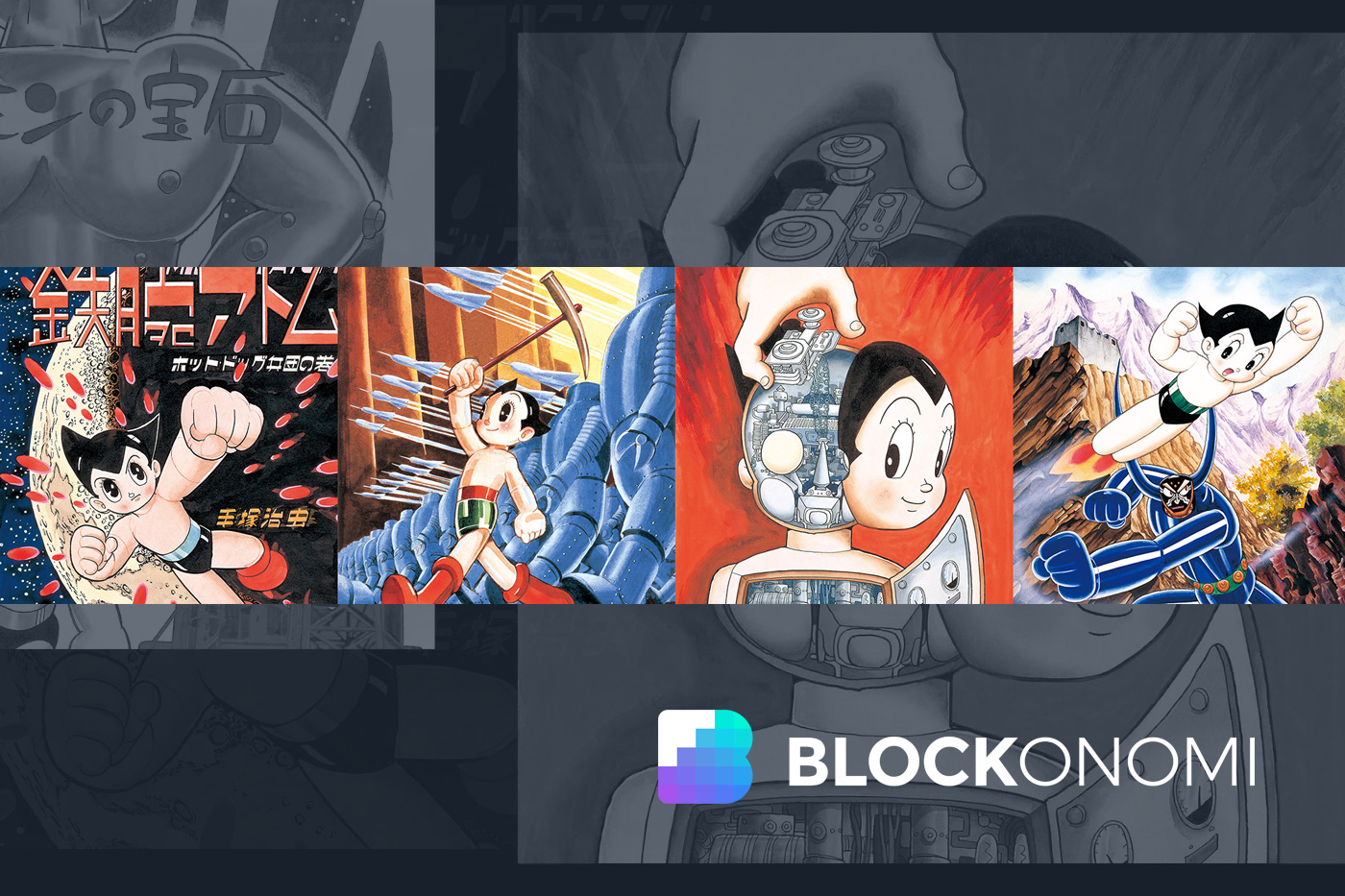 The demand for NFT digital assets has increased among global inventors. Many major brands have made their initial steps with a NFT launch.

The craze for NFTs is also bringing value to collectors and digital art supporters, who are into rare and unique collectibles of iconic figures.

From The West To Asia

Following Tezuka Productions’ announcement in October that it would auction off a number of artworks based on popular series under NFTs, the famous Japanese animation studio launched its first NFT project, named “ “From Fragments of Tezuka Osamu” on December 1.

The initial NFT work inspired by the iconic character “Astro Boy” was auctioned on the OpenSea marketplace. “Astro Boy” is a digital mosaic artwork of every original manga manuscript that Osamu Tezuka made.

The auction started on Monday with a starting bid of 0.08 ETH for each NFT. 1000 NFTs were completely sold out in a record-breaking hour.

“This sell-out of collectible Art NFT’s demonstrates the demand from collectors and other individuals to own non-fungible tokens…I am pleased that our unique solution was able to facilitate the NFT transactions seamlessly. This sale and other upcoming scheduled sales validate that our solution will facilitate the mainstream adoption of NFTs and blockchain technologies across the global gaming and entertainment industries as double jump.tokyo helps large scale enterprises successfully incorporate blockchain technologies into their company strategy.”

Rare interviews with all of The Beatles’ members have been turned into NFTs and are now being auctioned off. Voices of Classic Rock (VOCR), a US-based radio interview and programming archive that hosts 650 historical interviews and radio shows featuring major rock artists recorded between 1964 and 2008, launched the online auction on December 6.

The Beatles group is a forever iconic figure with their worldwide success and their marks have never faded from generation to generation. The aim of the auction is to pay tribute to the legendary group and rekindle each other’s memories.

The collectibles will feature 4 interviews of the band’s members, including “John Lennon on A Day in the Life,” Paul McCartney on Chaos and Creation in the Backyard, and “George Harrison on Abbey Road,” and “Ringo Starr on His Lost Medallion.”

According to VOCR, NFTs will be minted on Ethereum. The set price is 1.25 ETH. However, the value could rise due to their extremely rare nature. The collectibles are available on the official VOCR website and auctions ended on December 10th.

2021 is the year of NFTs and unlike the so-called fad label, NFTs have formed a powerful industry, a revolution of individual uniqueness.

The NFT is essentially a non-replicable digital authentication certificate that is stored in a blockchain and is used to represent digital item ownership.

With blockchain technology as its foundation, a record of ownership will always exist, be transparent and immutable, and ensure that only one owner is present at any given time.

NFT was first widely used in video games, specifically in the creation of unique items and characters, as well as trading and exchanging game items. Blockchain is a critical component in the revolution of gameplay and the economy.

The use of NFTs is also common in the issuance of digital items and one-of-a-kind collections. These tokens have the potential to be a collectible or investment product. It could also be a certificate representing fine art, photographs, or rare collectibles.

The popularity and influence of NFTs, along with the Metaverse, are expected to create net big things for many years to come.