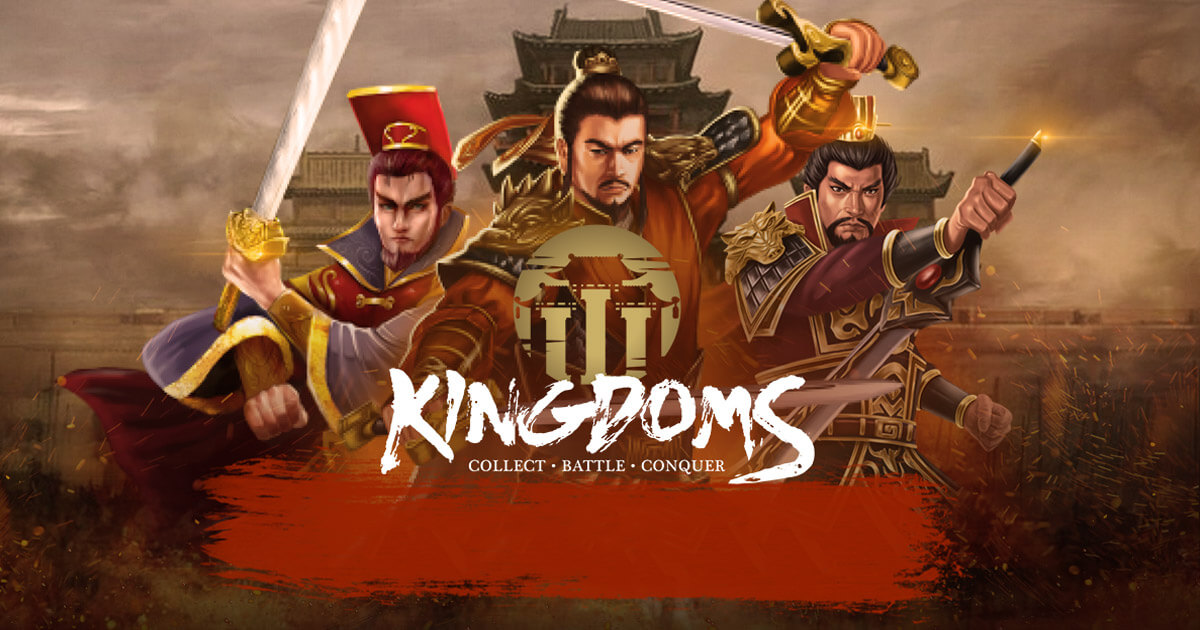 NFT games have had their fair share of history. NFT games from the first generation provide idle gaming experiences that focus on digital collectibles. The idea was revolutionary at the time, but it lacked long-term player engagement, and the public was quick to abandon the gameplay.

Second-generation NFT games introduced the well-known play-to-earn concept that GameFi often adopts, yet it provides limited ways to earn NFTs. It is the desire to push GameFi further that brought upon the idea of its third generation, one that The Three Kingdoms are trying to adopt.

👀Watch the game teaser below to catch a glimpse into the $TTK Kingdom!#PlayToEarn is just right around the corner

Get a head start and prep your $CHI by joining our auction!

How you can Play-to-Earn

The GameFi landscape lacks an oriental-themed play-2-earn platform, where users can immerse themselves in a fascinating, well-developed, and story-driven world. The Three Kingdoms wishes to address this by bringing the rich history of the three kingdoms dynasty to life, providing users with a platform that not only allows them to actively participate in gameplay but to journey with an enthralling storyline as well.

Taking the #NFT market and #GameFi by STORM!

Our Pre-Sale in game #NFT Auction have entered it’s countdown!

Get in first to start #Earning first!

As previously mentioned, the introduction of second-generation NFT games provides users with a way to earn NFTs but often has limited ways to earn them. The Three Kingdoms features multiple methods never seen before in the GameFi market to earn tokens.

Users can collect NFT characters, complete quests, and join siege gameplays to earn NFTs. The Three Kingdoms will be the first game that incorporates the idea of battling and sieging cities with staking, providing a breath of fresh air to the GameFi landscape.

The Three Kingdoms is a free-to-play, play-to-earn mobile game that utilizes a blockchain technology infrastructure to reward players. Strategy is the center of everything here, with players collecting and organizing characters from The Three Kingdoms era of China.

The Three Kingdoms plans on integrating something similar to gacha, only utilizing the power of non-fungible tokens (NFTs). Players can recruit unique and powerful characters, building up their army to occupy cities and win battles.

The Three Kingdoms holds an NFT raffle every so often, which will enable players to draw a card at random. Similar to Gacha, there are common cards, rare cards, legendary cards, and so on. Each card costs 0.5 BNB, and players can draw multiple cards at once if they so choose.

To give back $TTK will be increasing the #PRIZES🎁 and adjusting the #PRICES💰to UPGRADE our auction #REWARDS!

Characters have 6 attributes that will be chosen and assigned at random: Attack Power, Defense Power, Energy, Luck, Leadership, and Intellect. The combination of these attributes contributes to if a card is common or rare. So, recruit to your heart’s content, and form the best team of heroes by your side throughout your battles.

NFT Quest is a feature within The Three Kingdoms game where players send out one of their characters to recruit other heroes. Each found hero is another NFT of varying quality, which could help strengthen your ensemble.

The project’s native cryptocurrency is $TTK, which players can use to purchase new characters, upgrade their team, and invest in land. Users can jump online to battle the computer and take over cities or go head-to-head in online battles with other players, risking their own cities along the way.

While there are various ways to recruit heroes within the ecosystem, such as yield farming the $TTK currency or providing assets to the liquidity pool, there are two main ways to recruit them via The Three Kingdoms.

The Tokens are distributed in different sectors to improve the ecosystem. Each sector has a different vesting period and the percentage determines the budget allocated.