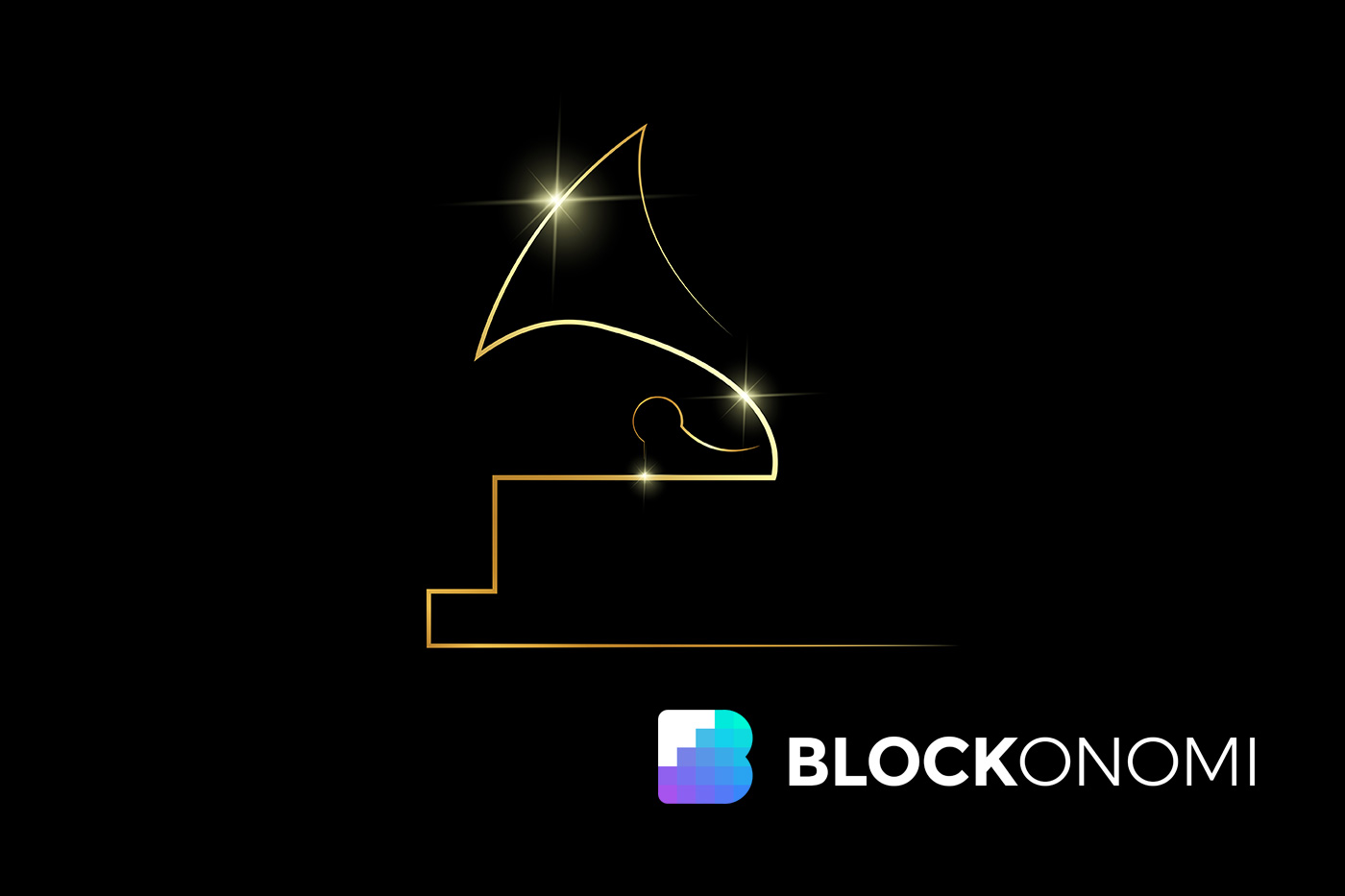 NFTs have swept across the world in 2021. They are one of the most prominent trends in the market today and can’t be ignored. The Grammy Awards is the latest name that wants to get involved into the NFTs space.

We have teamed up with green #NFT marketplace @OneOfNFT for an exclusive partnership to release #NFTs that will commemorate the 64th, 65th and 66th #GRAMMYs. https://t.co/5sfagU6Q3X

The goal is to support NFT merchandising.

As part of the partnership, the parties will work on an exclusive release of a series of anniversary NFT collectibles, focusing on the music industry’s biggest awards event over the following three years: the 64th, 65th, and 66th editions of the awards.

Speaking on the partnership, the Recording Academy stated:

“The NFTs will be released as collectibles and experiences celebrating the Grammy Awards, nominees and recipients, including tokens designed by world-famous crypto artists using the iconic Grammy Award itself.”

Positive comments on the move have also come from NFTs supporters.

Details on specific NFT collections will be announced in January 2022. The NFTs will honor both the awards, its nominees and winners. The Recording Academy’s scholarship fund will receive a share of the proceeds from the sale of NFT.

Launched in August, OneOff – the NFT built on the Tezos (XTZ) blockchain – successfully raised $63 million ahead of its launch.

The platform has previously featured NFTs from Doja Cat, The Game, iHeartRadio Music Festival and Alesso. It also hosted NFTs in the form of collectibles, art and experiences from famous artists such as Whitney Houston, TLC and G-Eazy.

OneOff and the Grammy Awards are not the only parties that will benefit from the collaboration. This is also a great opportunity for Tezos (XTZ) to re-enter the NFT race.

The popularity surrounding the metaverse spurred by Facebook’s change of name to Meta has benefited major rivals of XTZ and Decentraland (MANA), as well as The Sandbox (SAND).

Fad or the Future?

When it comes to musicians’ careers, the biggest problem with the collectible model for NFT is the lack of a tangible feedback loop to their existing catalog, creative process, and fanbase.

Instead, it’s just the end of a top-down process. The artist sells an NFT to a collector who can then put it up for sale on the secondary market for a profit, however NFTs can be built with royalties that create passive income for the creator.

In the context of music, NFTs could be the next way that music is sold. Of course, many things would have to change in order for this to be the case.

From the perspective of regular viewers, or mainstream users, who mostly care about enjoying the content, a shift to NFTs would be a massive benefit.

The vast majority of music NFTs sales have been within the specific NFTs concept. Digital collectibles are scarce and seem to target a small group of population. As the format becomes more popular, this is likely to change.

It’s undeniable that NFTs have created an enormous amount of value for the artists, but also exclude many buyers as they only serve a limited number of people. With mass market NFTs, this dynamic can change.

How Would it Work?

While NFTs have focused on collectibles, or unique items, they can also be issued on a wider basis.

Artists don’t need a record label to issue music on NFTs, and with recurring royalty payments, secondary market transactions could create a massive source of passive income for artists.

In addition, fans would actually own the music, much like buying a physical record. Overall, NFTs would be a big win for both recording artists, and music lovers.