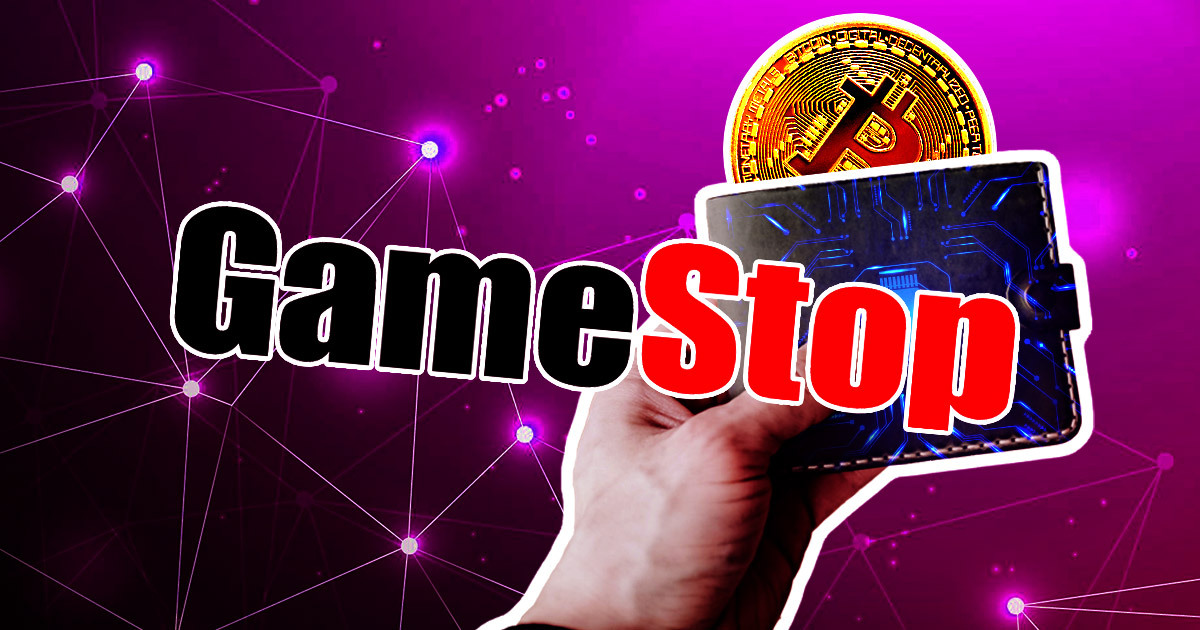 GameStop announced this news earlier today, noting that the wallet will operate across decentralized applications (dApps), and users will be able to use it without leaving their browsers. The wallet is non-custodial, meaning users will have complete control over their digital assets.

According to the announcement, the wallet runs on the Ethereum blockchain. Interested users can download the wallet’s extension from the Chrome Web Store. The wallet will also enable transactions on GameStop’s NFT marketplace, which is slated to go live in Q2 of the company’s fiscal quarter.

Following this announcement, GameStop’s stock, GME, gained over 2% over the past 24 hours to trade as high as $97.28. At the time of writing, GME is changing hands at $96.13 after a slight downward correction.

This news comes after the popular subreddit r/wallstreetbets orchestrated a short squeeze on GME, resulting in a sharp spike in the stock. While GME had nothing to do with the crypto space at the time, experts pointed out that the short squeeze illustrated the power of decentralization.

An example is SkyBridge co-founder Anthony Scaramucci, who said,

“The activity in GameStop is more proof of concept that Bitcoin is going to work. How are you going to beat that decentralized crowd? That to me is more affirmation about decentralized finance.”

Since then, GameStop has taken a keen interest in the crypto industry and the web3 ecosystem as a whole. In March, the company announced that it would launch its NFT marketplace in partnership with Loopring. Before this, GameStop revealed it had teamed up with Immutable X to roll out the NFT marketplace.

As GameStop continues inching closer to launching its NFT marketplace, it is worth noting that the sector is already teeming with leading organizations, including crypto exchanges Coinbase, FTX, and Binance.

The company’s web3 wallet is also set to meet stiff competition, seeing as established companies have already crowded the space, with the latest entry being financial services company Robinhood.