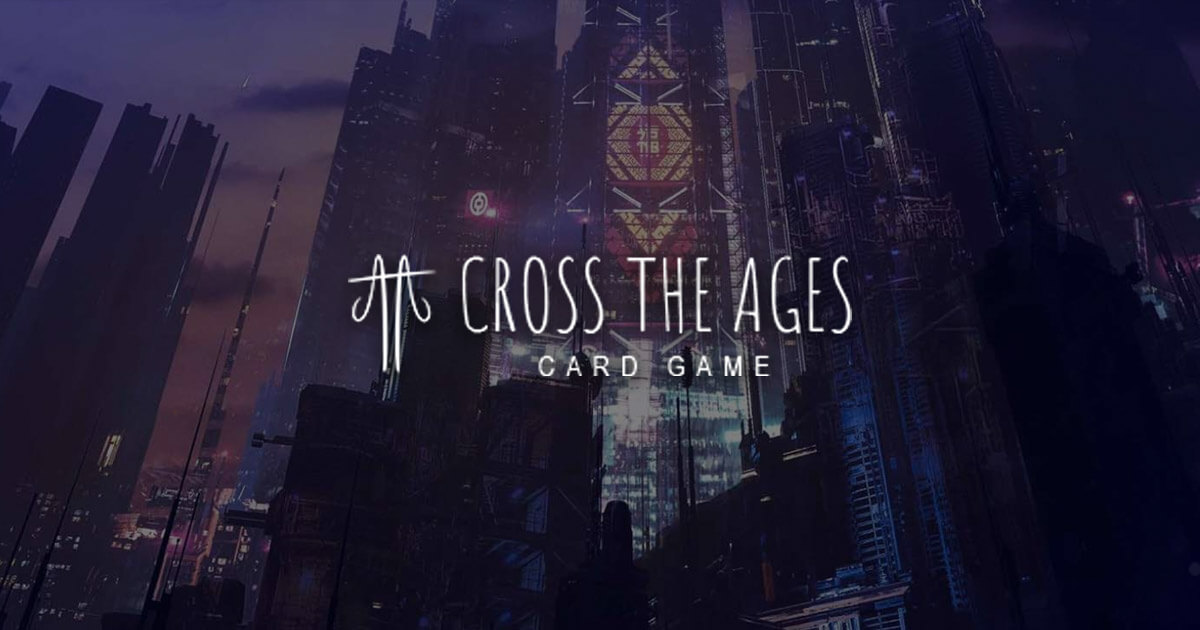 Cross The Ages is a new metaverse game set to be launched on Polygon next year. And while this segment of the industry has gained huge popularity this year and yielded hundreds of projects competing for the market, Cross The Ages aims to position itself on top of the competition.

Created by gaming industry veterans, Cross The Ages wants to attract both the new breed of gamers and the nostalgia-driven Millenials with an established taste for games.

“Cross the Ages was born out of nostalgia, which is part of its appeal. The game draws upon collective memories of trading cards as children or teenagers. This unique experience was reimagined and made applicable for modern times.”

According to its developers, Cross The Ages is unique due to the culture it will create. The game’s fundamental spirit, the literature it’s based on, and the art it features all come together to create an immersive ecosystem and bond together the community that gathered around it.

The game’s main selling point is the stories it’s based on. The developers and designers work hand in hand with writers, seven of them to be exact, who came up with a compelling universe that combines elements of fantasy and science fiction to offer a unique gaming experience. The stories, translated to five different languages, are packaged as fantasy, but offer real-world situations designed to force players to see the world through a different lens.

Cross The Ages is a universe where both magic and technology reign supreme—a unique proposition set to attract various kinds of gamers to the ecosystem. Sami Chlagou, the CEO and co-founder of Cross The Ages, said he drew inspiration from classic games, both digital and analog, when coming up with the storyline for the game. The playing experience is based on collecting cards through strategies. Players are able to mint their own cards and bet on specific cards they acquire to reap 10x and even 20x gains.

Keeping the players engaged in the Cross The Ages ecosystem are the designers. According to Chlagou, there are over 100 different artists involved in designing the artwork for both the books that will accompany the games and the game itself. In a recent panel with the CEO of Sandbox, he said that the artists working on Cross The Ages all have experience in creating immersive ecosystems—a significant number of them have worked on Game of Thrones, the Marvel Universe, DC Comics, League of Legends, the Resident Evil franchise, and even Matrix.

🔊We are having a Roundtable with two of the pioneers in #Metaverse & #NFT @borgetsebastien CEO of @TheSandboxGame and @Cdecourson.

The designers complement the work done by the writers. The game is based on a multitude of different stories, all of which are free-to-read and enable players to understand the game more intimately. The books also allow anyone to access the universe associated with the game and provide users with the ability to start collecting cards. And it’s these cards that represent the main business model behind Cross The Ages.

Aside from centralized digital cards on mobile, the game offers ownable, fully-secured NFTs issued on the Polygon blockchain and advanced tokenomics with features such as asset staking. Players can stake the assets they accumulate through playing the game for long-term liquidity. The game’s developers believe that this sort of player/gaming relationship will allow users to become more comfortable with blockchain technology. As users become more comfortable in a blockchain-based metaverse environment they’ll be more likely to see the value of it, the game’s developers believe.

According to Chlagou, this is the thing that is set to drive the adoption of blockchain technology—introducing the concept through immersive metaverse gaming experiences and incentivizing it with NFTs.

“Our vision and our purpose is to create a game that is more than just a game. Gaming is familiar to many. What Cross the Ages is doing, is bridging the gap between gaming and crypto. We’re seeking to destigmatize crypto and the metaverse through a widely accepted medium.”

What will set Cross The Ages apart from other blockchain games on the market is its low barrier for entry. The game is free to play, allowing users to enjoy the features of the game without spending anything and those that want to make use of the game’s play-to-earn functionality are able to do so relatively cheaply. Unlike other play-to-earn environments, which often require users to own crypto assets worth hundreds or even thousands of dollars, Cross The Ages can be accessed for as little as $10 or $20.

The game’s developers have laid out a clear road map that will take the project into 2024. The “playable” version of the game will be released in April 2022. The entire metaverse experience with the platform’s full functionality will be available by 2023.