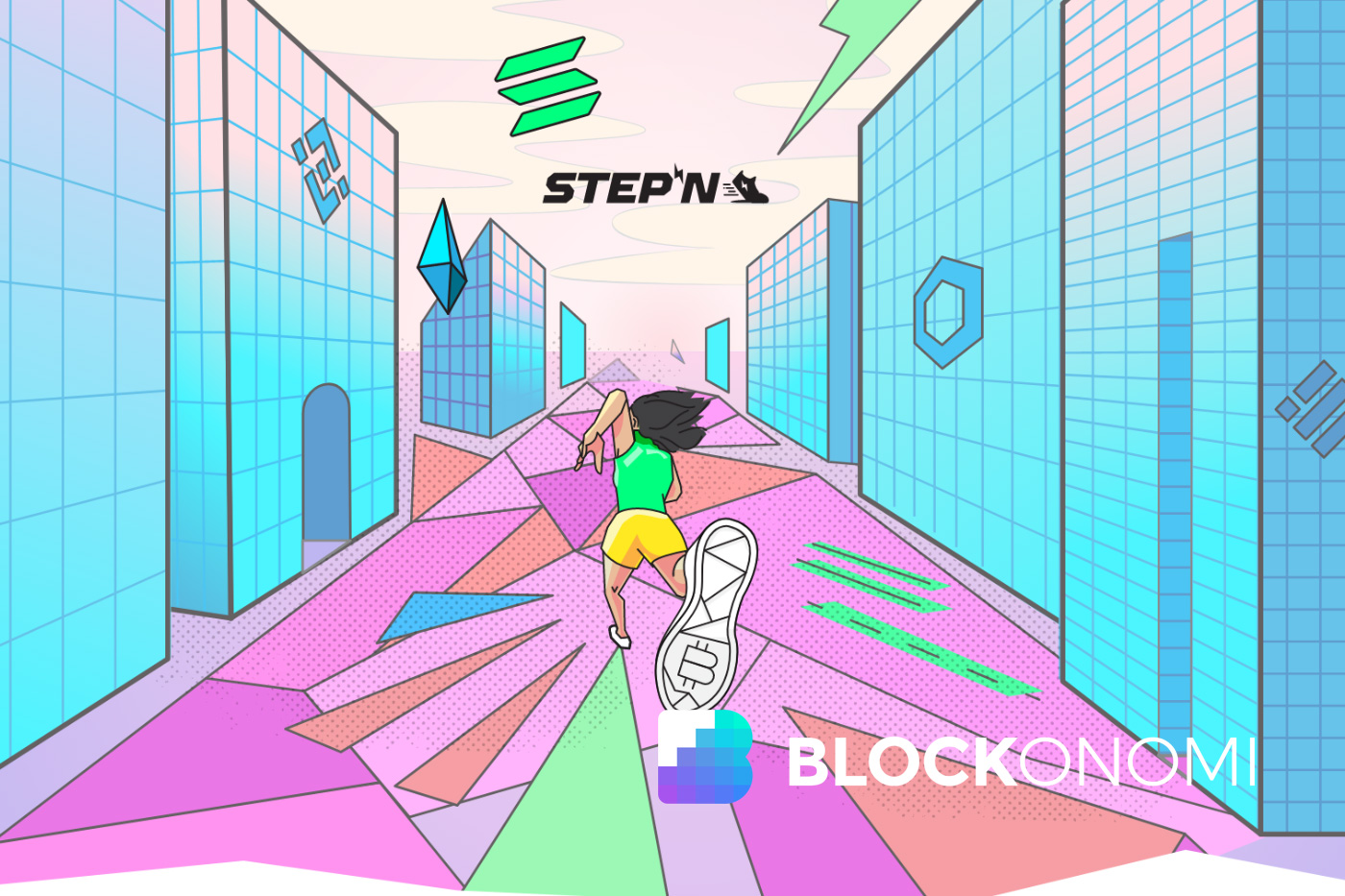 Since its peak in 2021, the non-fungible tokens (NFTs) phenomenon seems to be on a downturn.

All signs, from NFT market trading volume to public interest to fraud concerns, provide conducive conditions for the trend to be considered to be decreasing.

However, a new branch of NFT, especially Play-to-Earn, has emerged and taken the cryptocurrency market by storm, called Move-to-Earn.

Move-to-Earn is an expanded version of Play-to-Earn that integrates three factors: GameFi, SocialFi, and NFT.

The associated initiatives seek to promote a healthy lifestyle, and users will be rewarded for completing the application’s tasks. The movement rapidly acquires popularity as a result of its services, benefits, and genuine values.

StepN has also witnessed a significant increase in monthly active users since its debut. This figure has risen from 1,500 persons in January to more than 100,000 in March.

Amongst the Move-to-Earn projects having risen lately, StepN is the most prominent name.

The Web3 lifestyle application is built on top of the Solana network. Users participate in various activities such as walking or running to improve their health in return for rewards.

To begin monetizing StepN, users must mint, purchase, or rent a pair of NFT shoes. At the moment, the cheapest price for a pair of virtual shoes is roughly 10 SOL, which is equal to more than $870.

This price has been steadily rising for approximately a month.

Each pair has a unique function that caters to the demands of walking or jogging. There are now four types of shoes: walker, jogger, runner, and trainer.

The cost of these virtual shoes is determined by a variety of elements, including function, rarity, and grade.

The motivation behind StepN’s accomplishments may vary, including elements of curiosity, lifestyle, legacy from the success of P2E, and decentralized finance.

According to CoinGecko, the value of the project’s governance token, GMT token, has increased by 34,000% in just 41 days after its listing on Binance Launchpad.

You can earn $5 for every Kilometre you run using $STEPN

I get 50% of the rewards from the shoes meaning passively per day i can earn $250 from 20 people running and walking 5km!

How Far Could It Go?

Move-to-Earn arrives at precisely the perfect moment, when both Play-to-Earn and GameFi show signs of saturation.

Many people join StepN in the hope that it would develop into a long-term monetization scheme comparable to Axie Infinity. The rest of the community, on the other hand, turns to StepN for a fresh experience.

Many people feel that the Move-to-Earn concept has the potential to grow constantly. A variety of variables influence long-term growth.

StepN, on the other hand, is an excellent model to join if you like running and are enthusiastic about movement. Joining this model will drive you to run, and running will allow you to earn money – it’s a win-win scenario.

Axie Infinity continues to dominate the world of NFT games played for money and also categorized as GameFi, thus fueling the movement of producing GameFi in the world.

Even while the game Axie Infinity remains popular, the number of engaged players has decreased in recent months. In particular, the highest number of people playing this game so far has plummeted to slightly over half of what it was in November 2021.

Move-to-Earn is a new wave that is sweeping across the NFT business. Following that, a slew of other games that allow players to make money emerged, such as Socialfi (earn money via social activities) and CALO (exercise burn calories to acquire utility codes) (token).

Each game is designed to reflect a certain sort of activity in today’s society. Move-to-Earn games clearly have the upper hand since they are a popular and simple-to-implement activity that may draw a large number of users when both exercising and earning money are combined.

However, it is uncertain if this tendency will continue, particularly in the rapidly rising crypto sector. Ultimately, a game is only profitable if it can attract the masses, which means that it is played by a large number of people and its token is widely accepted. Until then, it’s still a mystery.