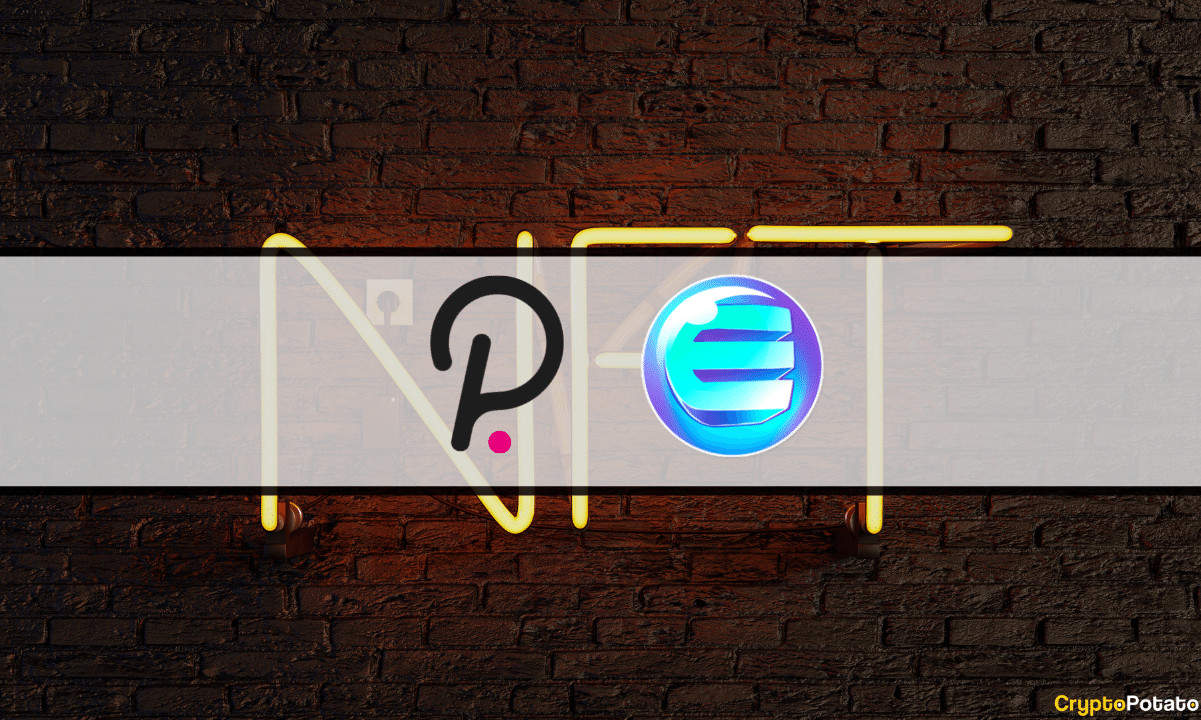 The popular ecosystem for non-fungible tokens – Enjin – launched the first NFT parachain on Polkadot. Following the initiative, the former vowed to support CryptoBlades and its more than one million users.

At the end of 2021, Enjin’s NFT project – Efinity – won Polkadot’s last parachain auction for the year with a fundraiser of over $214 million worth of DOT. Back then, the blockchain protocol noted that Efinity will go live in March 2022.

According to a document seen by CryptoPotato, Enjin’s cross-chain NFT infrastructure has already launched the first-ever non-fungible token parachain on the Polkadot network. Peter Mauric – Head of Public Affairs at Parity Technologies – argued that the Polkadot community had met the initiative with excitement as Efinity delivers a “scalable solution for NFTs that is affordable and environmentally responsible.”

Efinity announced that one of the projects it will integrate will be CryptoBlades – a play-to-earn NFT RPG. The latter has over 1.1 million active uses, while other leading entities in the field, such as Lost Relics, SwissBorg, MyMetaverse, and Age of Rust, have also displayed their support towards the endeavor.

“Efinity will bring immediate value to users with native support for NFTs and a full suite of NFT gaming utilities developed by Enjin. Along with our play-to-earn title CryptoBlades, we are excited to make our NFT bridging, curated marketplace, and launchpad available via Efinity.”

Enjin’s non-fungible token project offers a leap forward in NFT scaling and performance. It is currently capable of minting over 2,000 digital collectibles per transaction, with fees times lower than existing enterprises.

Witek Ramoski – Co-Founder & CTO at Enjin – revealed that his company spent four years developing Efinity. “There will be no other chain that allows this level of customizability and interactivity in NFT applications at scale,” he concluded.

Enjin Dived Into The Metaverse

Specifically, the initiative focuses on helping organizations develop NFT projects on Efinity and Polkadot. Enjin also disclosed it will deploy funds to support gaming projects across all platforms, extending to protocols in spaces including Mixed Reality (MR). The latter is a blend of physical and digital worlds that produce new environments and visualizations.