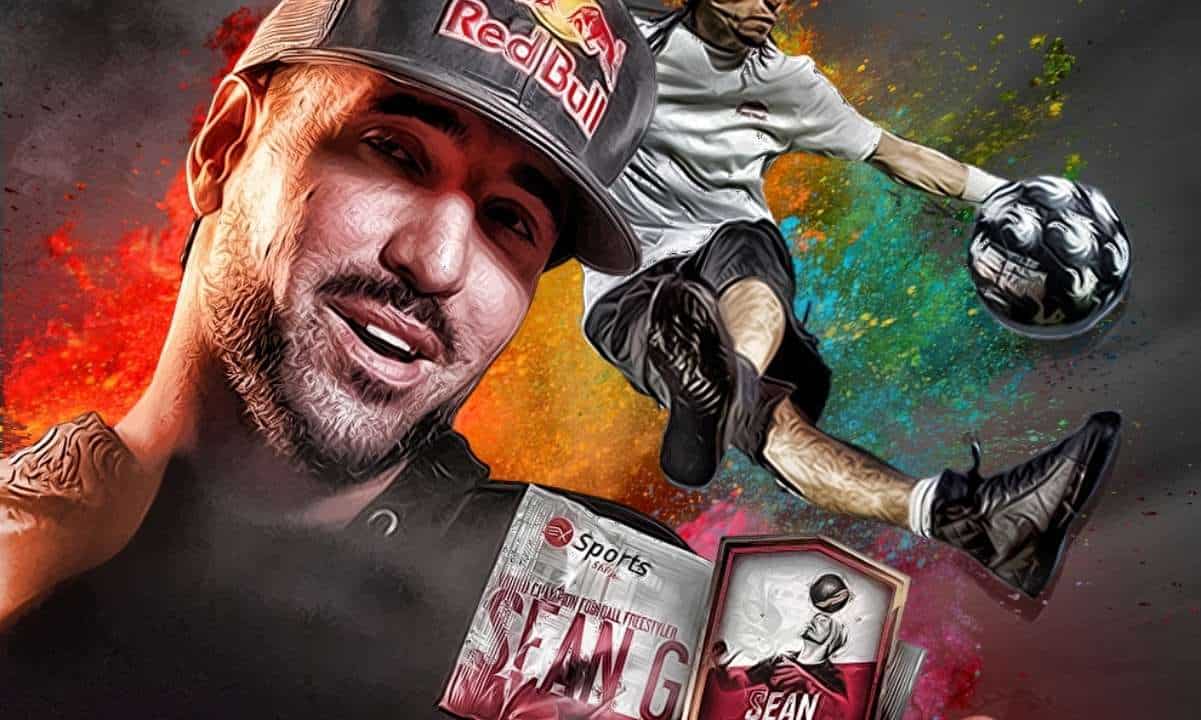 The NFT market is growing by leaps and bounds, and the entertainment industry has benefited from it greatly. Aside from Beeple’s ‘First 5000 Days,’ CryptoPunks, and other popular digital artwork, collectible sports cards like the NBA’s Top Shot are currently making waves both within and outside the crypto space.

These non-fungible tokens represent an irrefutable proof of ownership for digital content, with each being very unique and distinguishable on the blockchain. Sadly, despite making their way into the sports industry, niche athletes have still not fully adopted NFTs, even though they too have thousands, if not millions, of enthusiastic fans.

That’s why Sean Garnier is launching his digital collectibles. This takes place on EX Sports, and will likely pave the way for other niche athletes to do the same.

Garnier started as an association football player with big dreams of becoming a full-time professional footballer. However, those dreams were cut short following a series of injuries earlier in his career, which forced him to quit the club game.

He then began developing a unique freestyle football technique that combines music and breakdance with elements of football and basketball. This gained Garnier a considerable following and earned him the title of the “world’s best urban baller.”

Having seen how athletes in mainstream sports are joining the NFT mania, Garnier decided to team up with EX Sports to develop the first freestyle football NFTs.

EX Sports is an online platform that allows sports fans to buy, trade, and sell digital collectibles, with access to a variety of sports and a special reward program for collectors, athletes, and sports enthusiasts.

Athletes are allowed to create and sell digital collectibles on their terms, empowering those outside the mainstream sports world.

By providing a platform to issue their NFTs, EX Sports removes the barriers to entry that niche athletes face when trying to venture into the collectibles market, enabling them to build new income streams, develop their personal brands, and connect with their fans on a personal level.

“The strongest and most powerful use case for NFTs isn’t about lining the pockets of the wealthy. It’s about empowering the little guy—the ‘underdog.’ That’s why we think Séan’s story is hand-in-glove with our mission,” EX Sports founder Toli Makris said.

Using the EX Sports platform, athletes can create and sell their limited-edition digital sports collectibles. This allows sports fans to support their favorite athletes while building their portfolio of valuable NFTs.

They can trade them with other fans, exchange them for EXS tokens, which is the native token for the EX Sports platform, or earn from their NFT holdings via several upcoming revenue-generating systems.

Garnier’s NFTs are different from the majority of sports collectibles and resemble these of the NBA Top Shots. Rather than creating static images, the NFTs will come in the form of short video clips. He believes video NFTs have far more potential use cases than still images.

Each token features a clip of Garnier performing some of his signature moves and fans who purchase the NFTs will gain access to a link to the full tutorial on how to master the featured technique.

Ultimately, the underdog star revealed that he wants fans to use the skills taught in the tutorials to train their avatars in video games.

Commenting on why he chose the design for his NFT packs, Garnier said:

“NFTs should be more than just pictures. They should have a real purpose.”

EX Sports believes that it can utilize the issuance of digital tokens to empower a new generation of athletes, artists, and creators to create multiple income streams and increase their contact with their fans.

Users can find out more about Sean Garnier’s NFT here.