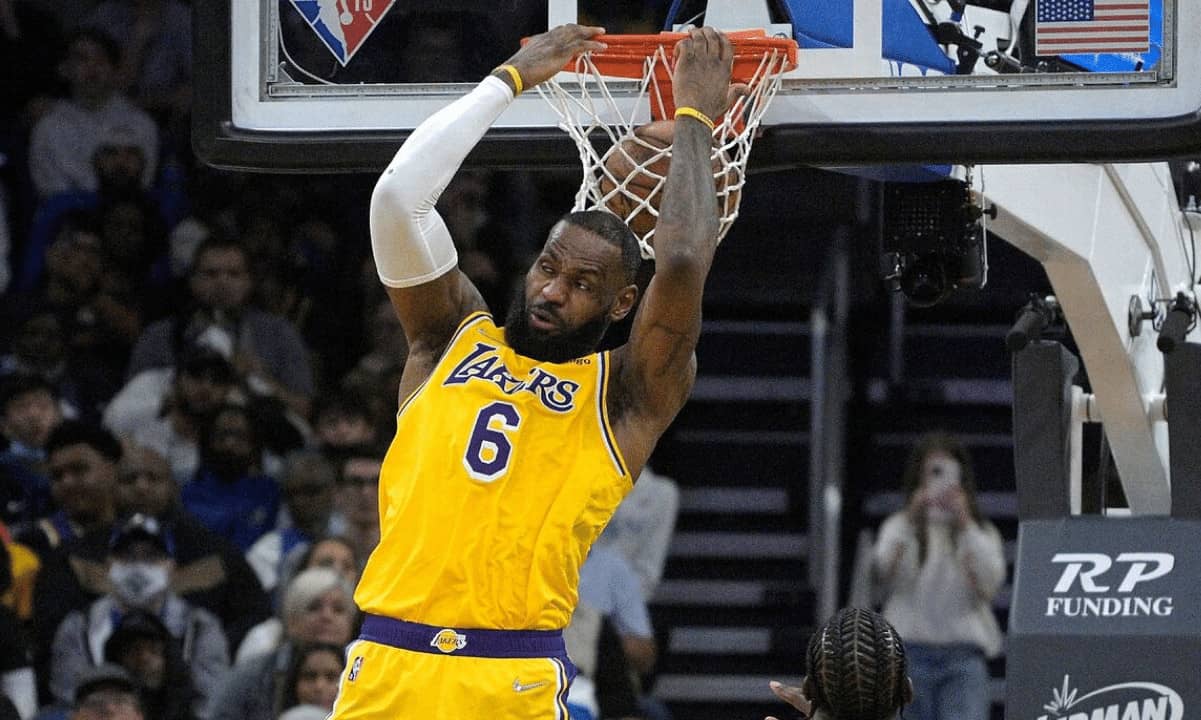 The popular cryptocurrency exchange – CryptoCom – announced the airdrop of its non-fungible token collection in collaboration with the LA Lakers’ star LeBron James. It is called “The Moment of Truth” and will be airdropped to 5,550 randomly selected viewers who scanned a hidden QR code.

One of the top sports events in the USA – the Super Bowl – is among the most viewed matches of the year. It usually attracts numerous companies, which advertise their services. The 2022 edition was no exception, as many crypto platforms used the opportunity to present their services.

CryptoCom, for one, released a 30-second commercial shortly before the match between the LA Rams and Cincinnati Bengals. In a recent announcement, the exchange revealed that 5,550 of those who found and scanned a hidden QR code that appeared in the video will win a limited edition LeBron James NFT. The basketball player himself took part in the commercial where he talked to his teenage self.

Ben Lay – Creative Director at CryptoCom – explained why the company decided to work with the NBA player and release an NFT collection dedicated to him:

“We wanted to immortalize this very human story about making big decisions. We were initially quite nervous to present the storyboard to him, as it touches on a very personal moment in his life. But he loved the idea instantly. LeBron James is an icon, but his history and upbringing is the reason we can all connect with him and what makes this story so powerful.”

Another trading venue that advertised itself during Super Bowl was Coinbase. Its ad consisted of a colorful bouncing QR code, which upon scanning, led viewers to the company’s promotional website.

Earlier this year, the NBA player partnered with CryptoCom to launch cryptocurrency educational programs for children. James revealed he will introduce the initiative in “I Promise School” – a public elementary school based in Ohio and supported by him.

“Blockchain technology is revolutionizing our economy, sports and entertainment, the art world, and how we engage with one another. I want to ensure that communities like the one I come from are not left behind,” the sportsman stated back then.

The school programs and training opportunities will also extend to students’ families. With this approach, the basketball star aims to build more educated and stable families in Akron, where he grew up.