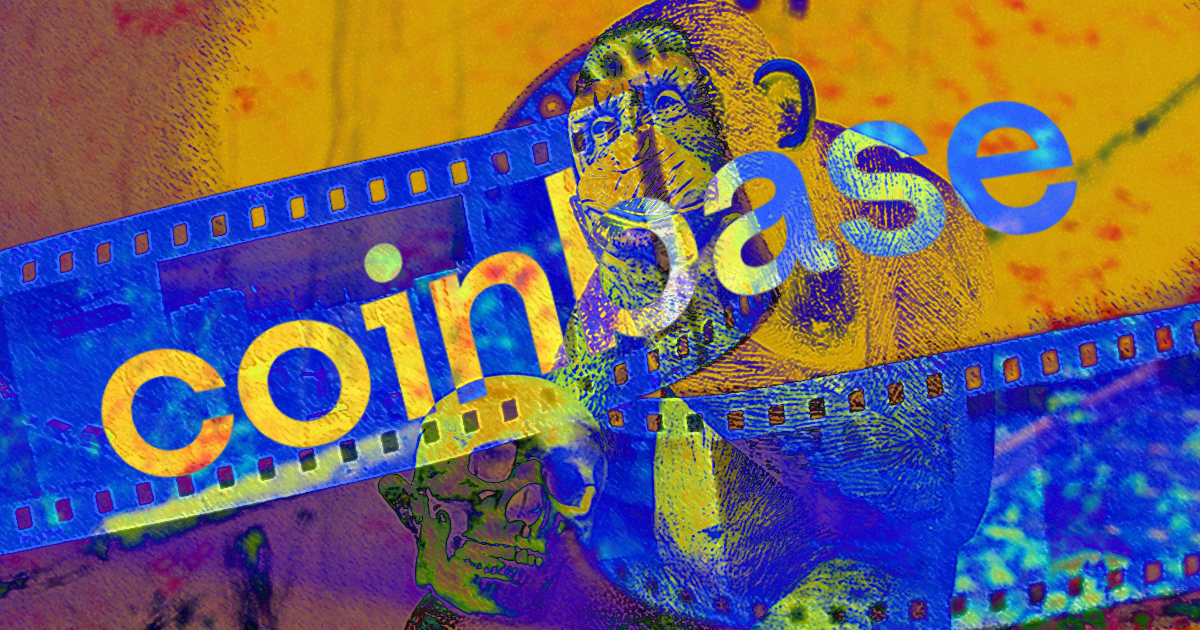 Leading crypto exchange Coinbase is working on a three-part interactive film about Bored Ape Yacht Club (BAYC), a popular Ethereum-based non-fungible token (NFT) project. The company unveiled this news yesterday via a tweet, noting that the film would also feature ApeCoin (APE), an ERC-20 governance token for the Ape community.

Reportedly, the idea of the film trilogy was conceived by Coinbase’s own entertainment team. However, for these plans to sail through smoothly, the company also needs the BAYC community to participate as well.

The exchange has also asked BAYC holders to submit their Bored Apes to the Degen Trilogy website for a chance to feature them in the film and earn $10,000. An actual Hollywood casting director will review these submissions alongside other made-up character descriptions.

However, some Crypto Twitter users have pointed out that Coinbase’s licensing offer — at least the way it was worded — may not be such a great deal for BAYC holders after all. According to the project’s FAQ, the license will be “recorded on chain and will continue with the ape into the secondary market” while “the fee will be in a single payment to the original licensee (the holder that submitted the ape to the film).”

This means that for a one-payment of $10,000 Coinbase will essentially acquire a perpetual license to use the approved NFTs in its marketing or other projects, even if they change hands at some point in the future.

TO ALL BORED APES, THIS IS IMPORTANT

Please read the licence terms of @coinbase really carefully. Understand what you are getting in return for what you will give away.

All degens can take part

Coinbase’s program is not limited to BAYC and APE. Users that don’t hold any BAYC NFTs can connect their Coinbase wallet to the Degen Trilogy website to access various sections of the project, including story drops and other “surprises.”

The first three episodes of the animated series will drop at annual industry event NFT.NYC in June. The BAYC holders community as well as enthusiasts that don’t hold the blue-chip NFTs will get a chance to vote on some parts of their favorite apes’ storylines.

We’re seeing how NFTs are evolving to be vehicles of access and participation in networks, games, merchandise and now interactive entertainment. This is a breakthrough project and we’re excited to see how this shapes the future of Web 3 for all communities.

While the news of BAYC featuring in a film is big news for the project, it is worth noting that several other NFT collections, including World of Women, achieved similar milestones before it. However, Coinbase’s decision to dip its toes in film production is a first in the Web3 ecosystem.

With this production, Coinbase is trying out its new media arm led by William Swann, the company’s entertainment and culture marketing director.

You can think of this as a love letter to the NFT tech that has provided so much creative liberation for artists. We really look to [Bored Apes] as sort of our North Star in the NFT space. They’ve created such a massive and engaging community.

This announcement came as Coinbase continues ramping up its Web3 expansion plans. Hitherto, the exchange announced its NFT platform, dubbed Coinbase NFT, and later partnered with Mastercard to simplify NFT purchases on the platform.