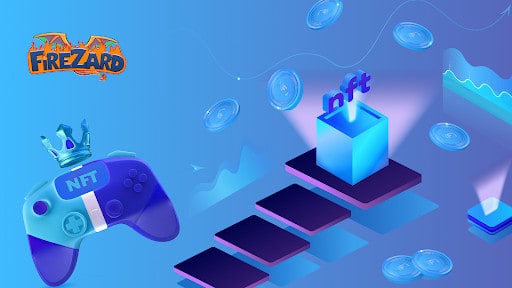 Online gaming is undoubtedly one of the fastest-growing markets on earth. It has undergone a tremendous transformation over the past years and has become a field to be reckoned with.

TechJury reports that the global gaming industry is set to reach a valuation of a whopping $256.97 billion in the next three years. There are more than 2.5 billion people who play games, and they have spent upwards of $4.5 billion on immersive games until the year 2020 – a number that is sure to have grown a lot by now.

eSports, or in other words – competitive online gaming – has grown to be a market with an audience of around 456 million people. Given that high-fidelity mobile games are also on the rise, it’s no wonder that the industry is growing.

With this said, 2021 was the year when non-fungible tokens (NFTs) took the world by surprise and exploded in popularity. Coupled with blockchain-based gaming, they created a tremendous storm in the field of gaming that attracted some of the biggest names in the industry.

Back in December 2021, CryptoPotato reported that the gaming industry behemoth Ubisoft announced plans to integrate non-fungible tokens into its games. Known as ‘Digits,’ the NFTs contain their very own unique serial numbers and are also tradeable on the cryptocurrency market.

Back then, the company shared that:

Ubisoft Quartz is a new experience for our players, built upon our vision of creating an ever-greater connection between you and the game worlds you love. It aims at offering you more autonomy and agency when interacting with the in-game items that help you craft your own story.

Ghost Recon Breakpoint’s beta on Windows was the first game to see Digits available as in-game items like vehicles, weapons, and equipment.

Later on, in February 2022, Nintendo also said that it’s interested in NFTs and in the metaverse, adding that they “feel the potential in this area.”

We do have interest in this area, we feel the potential in this area, but we wonder what joy we can provide, and it is difficult to define right now.” – The company reportedly stated.

In other words, although promising, there are still some unknowns when discussing blockchain-based gaming. However, new players are entering the field every day, and each one of them tackles some of the existing challenges in the industry. One of them is FireZard.

Tapping into the existing strengths of both NFTs and blockchain-based gaming, FireZard aims to be the first trading card game that wants to reward people passively and instantly while also providing them with the opportunity to collect and play with NFTs.

Each FireZard NFT comes with a distinct set of features, and every card will be completely unique with its own identifier that can only be owned by one person at a time. There are five rarity levels – common, uncommon, rare, super rare, and ultra-rare.

In essence, the game is based on the lore of five different dragons, each one the leader of their own land. Their rivalry spans thousands of years, and it’s held on mountain tops, fields, oceans, caves, and of course – in the sky. These are also the leaders of the five elements – Fire, Ice, Plant, Electricity, and Water.

To start collecting FireZard cards, users must exchange FLAME tokens for packs. This can be done one by one or, alternatively, exchange enough tokens for a pack of 10 cards at a time. One card can be summoned for 1500 FLAME, while a pack of 10 cards can be summoned for 10,000 FLAME. Since the price of FLAME won’t depend on the price of ZARD, it won’t be subject to price fluctuation.