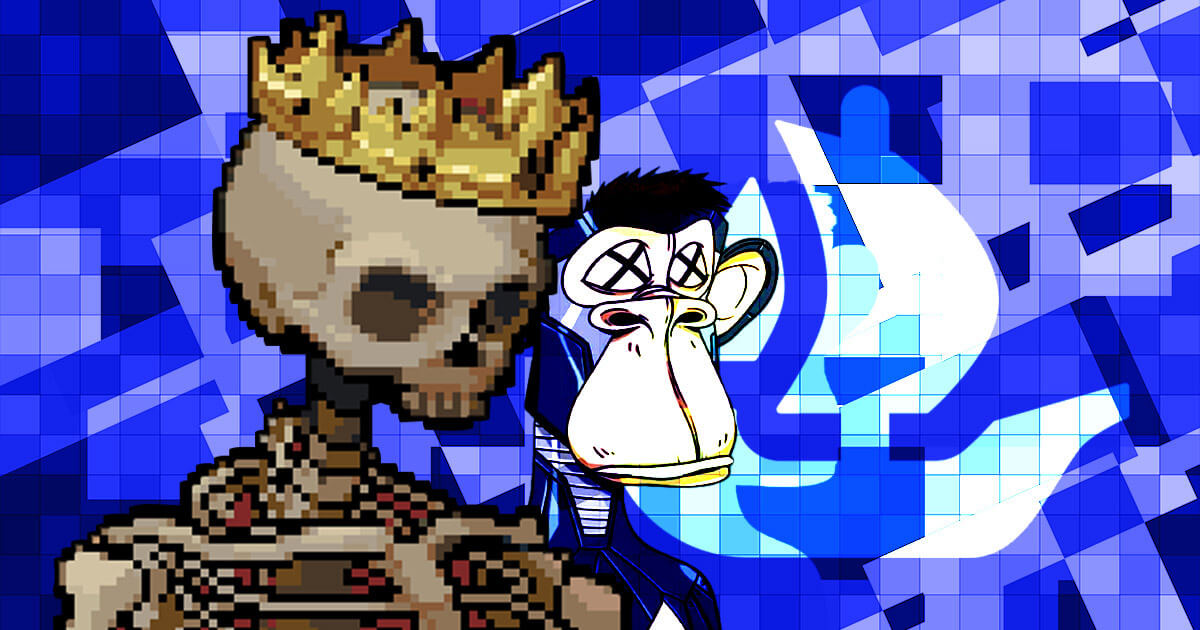 The Bored Ape Yacht Club (BAYC)collection has dominated the NFT market since its launch in April 2021, spawning several copycats and redefining the genre.

Several prominent A-list celebrity owners, including the likes of Steph Curry, Neymar, and DJ Khaled, have helped cement its status as the ultimate flex. And with a current floor price of 93.99 ETH ($169,000), there’s no doubt BAYC NFTs are exclusive property.

However, changes in volume ranking indicate BAYC’s crown is slipping.

The GODA Mint Pass is number one on OpenSea

Analysis of OpenSea Ethereum NFTs shows the GODA Mint Pass collection is number one by volume. Its current volume is almost twice that of BAYC, and its floor price is 6.97 ETH ($12,500).

GODA Mint Pass NFTs are described as identical revolving black cards. They offer future access to a curated collection of artwork from traditional artists, embarking on digital art for the first time.

Essentially, this represents a shot in the dark, as far as what the token holder eventually ends up with. An NFT mystery box if you will.

“The GODA mint pass is your ticket to all future GODA artist releases. Guaranteed access to our drops and exclusive access to our artists. For collectors of contemporary art, both digital and physical, this pass is a must have!”

As reported by culture magazine Vice, the WAGDIE collection was the leading Ethereum NFT collection by volume on June 8.

The WAGDIE NFT collection comprises 6,666 tokens that feature “pixelated solemn humanoids,” but some would describe them as alien or demonic figures, sporting medieval-themed attire.

Rather than shying away from its lack of a website or roadmap, the WAGDIE team proudly boasts this fact, in gothic font, on its Twitter page.

Moreover, its message that there is “only death” further indicates what this project is about. And to spell it out, it’s worlds apart from the concept of fun-loving apes.

There is no map, only death.