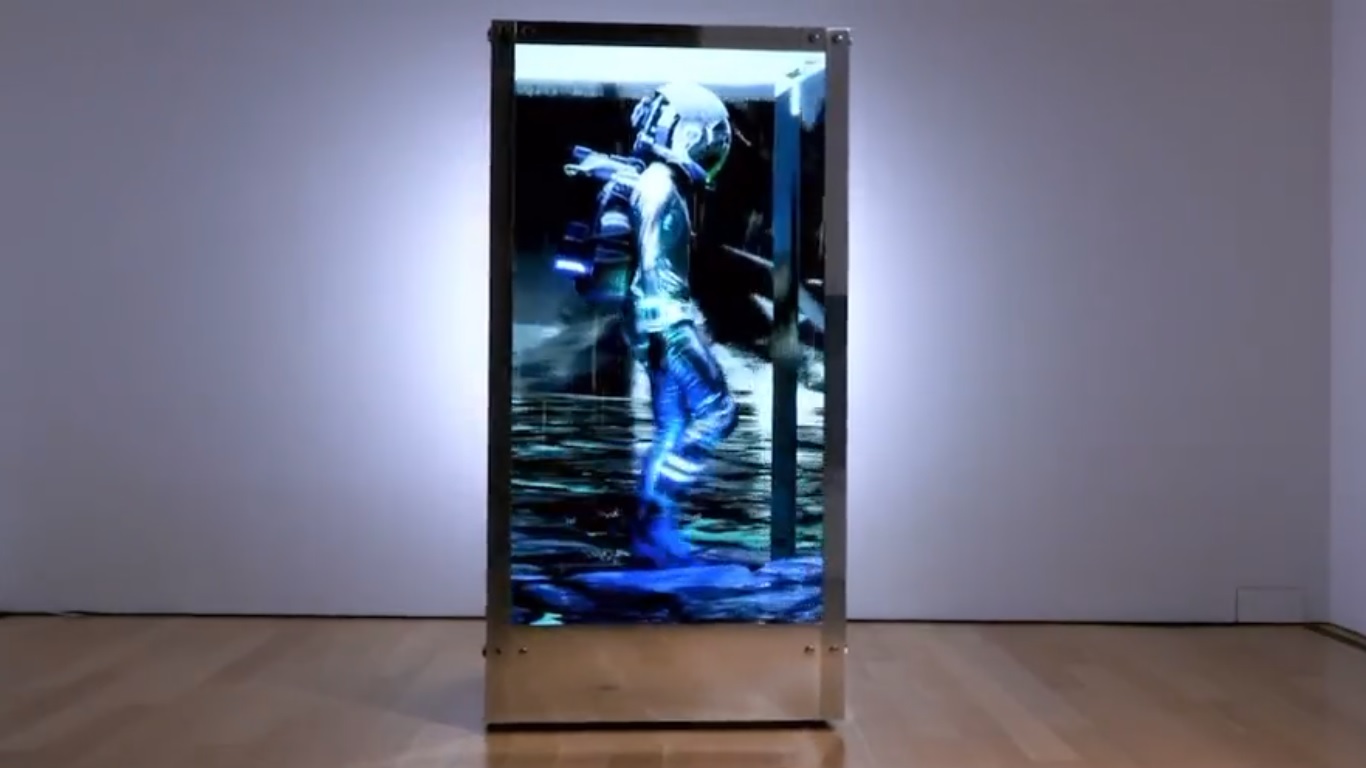 Digital artist Bleeple cemented his place in the history books with this one. Auction house Christie’s sold his human-size 3D video sculpture and NFT hybrid in their first live event since the pandemic. The piece exceeded expectations, the projections had “Human One” selling for $15M and it almost doubled that. Does this hybrid format open a new chapter for NFT art? We wouldn’t know, but Bleeple’s piece sold alongside works from Jean-Michel Basquiat, Banksy, and Peter Doig.

Related Reading | NFTs And Play-To-Earn Are The Future Of Gaming, States EA CEO

A better question might be, are NFT artists willing to put this much effort into their pieces?

What Do We Know About “Human One” By Bleeple?

The real-life installation is almost 7 Ft. high and consists of four screens. It has a computer at the base. The environment the astronaut-like figure walks through is ever-changing. According to Christie’s “it’s drawn at random from a data pool of the artist’s visual creations that is accessed via the Ethereum blockchain.” Not only that, Barrons.com informs us that “Beeple’s plan is to shift the generative art images over time “in response to current events,” Christie’s said. The result will be “an eternally contemporary work of art.”

But wait, why would they use the Ethereum blockchain where a normal database would suffice? We hope that the owner doesn’t have to pay gas fees for that. The clips are one minute long and the piece keeps changing 24 hours a day.  In any case, Ethereum hosts the NFT attached to “Human One.” A crucial piece of the pie, since Bleeple is known for his record-breaking “Everydays – The First 5000 Days.” It was the first NFT Christie’s auctioned and it went for $69M.

In any case, Mike Winkelmann AKA Bleeple described “Human One” as “the first portrait of a human born in the metaverse.” He told Christie’s, “I want to make something that people can continue to come back to and find new meaning in. And the meaning will continue to evolve. That to me is super-exciting. It feels like I now have this whole other canvas.” What Do We Know About The Auction And The New Owner?

According to Barrons again, “the auction focused on art created since 1980.” The event was “live-streamed to the world with specialists in London and Hong Kong manning the phones and projected on video screens in New York.“ The following videos capture all the action. In the first one, Bleeple himself gives us a backstage tour to Christie’s headquarters. In the second one, a fan screen-captured the moment in which the auctioneer sells Bleeple’s piece.

Why do they say $25M in the video but the official Christie’s page says $28.9M? That information is above our paygrade. We did find who the lucky new owner is, though. Crypto-focused family office Dialectic’s Managing Director, Ryan Zurrer. A notorious NFT collector that used to be the Web3 Foundation’s director. In his announcement tweet, Zurrer thanked Bleeple “for the visionary innovation, amazing new energy and hilarious positive vibes that you’ve brought to both crypto and art.”

Secured the ONE. Thank you @beeple for the visionary innovation, amazing new energy and hilarious positive vibes that you’ve brought to both crypto and art. gn pic.twitter.com/XfhmxM9Luj

In his response tweet, Bleeple said “INSANELY HONORED to be in this collection.”

That’s the “Human One” story so far.