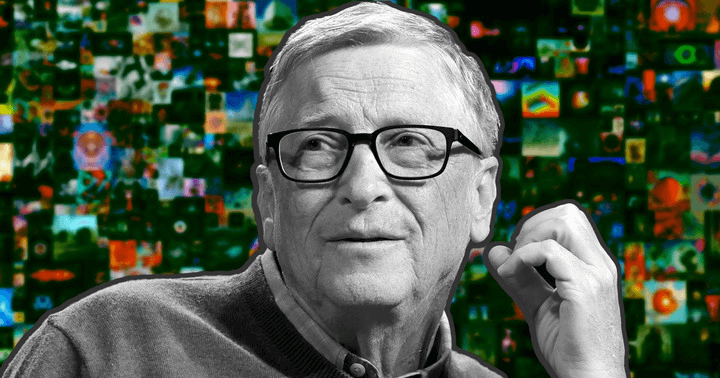 Billionaire Bill Gates criticized crypto and related projects such as NFTs as shams based on the greater fool theory.

He made the comment during a talk at the climate conference hosted by TechCrunch on June 15. Referring to the Bored Ape Yacht Club, he joked:

“Obviously, expensive digital images of monkeys are going to improve the world immensely,”

Bill Gates tells us what he really thinks of Bored Apes at #TCClimate: pic.twitter.com/vBc8BaaTup

The greater fool theory is a financial behavior based on crowd psychology that suggests assets can be traded at a significantly higher price than their actual worth when enough investors are willing to pay for them.

Gates is pro digitalization, but con-crypto

Gates said he’s not involved in crypto assets in the long or short term. Instead, he prefers asset classes that are bound to a company and the products it makes.

During a discussion with Elon Musk, Gates criticized crypto before saying that Bitcoin was too risky for retail investors and caused immense environmental damage.

In 2021, Gates explained why he was against crypto by saying it could lead to tax evasion. However, he does agree with the benefits of the digitalization of money and supports the idea of central banks ruling out their digital currencies.

“I do think moving money into a more digital form and getting transaction costs down, that something the Gates Foundation does in developing countries.

But there we do it so you can reverse the transaction, you have total visibility of who’s doing what, so it’s not about tax avoidance or illegal activity.”

Bitcoin critics worry about the value

Bill Gates, Warren Buffett, and Peter Schiff are the most prominent figures who criticize cryptocurrencies.

Buffett and Schiff also seem to share the same worries as Gates when they explain why they reject the idea of cryptocurrencies. All three figures worry about the value of cryptoassets and argue that once the investors stop buying, all cryptoassets will be worthless.

Famous investor Warren Buffett argues that cryptocurrencies are worthless because they don’t produce anything. He says:

“If I have all the Bitcoin… what am I going to do with it except sell it back to you?”

He confidently says he doesn’t own any Bitcoin and never will.

CEO of Euro Pacific Capital Peter Schiff also agrees with Gates and Buffett saying that Bitcoin does not have a value on its own. Therefore, Schiff believes crypto assets will be worthless once the crypto hype goes away.

He says he will only adopt Bitcoin when and if it becomes an everyday currency.