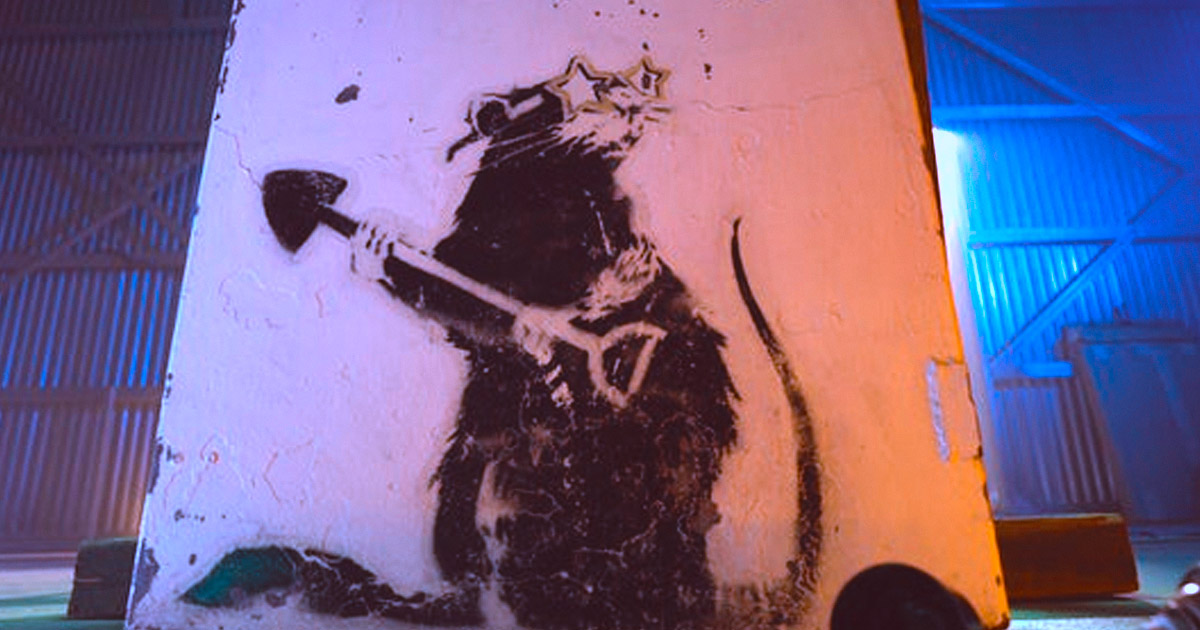 Banksy’s Wharf Rat was discovered for the first time in 2010 on San Francisco’s Pier 39 on Fisherman’s Wharf. The art piece features a rat digging its way out of the tunnel, painted on a metal door, right next to the Alcatraz Boat Tour station. However, the City of San Francisco Department of Public Works painted over the door, and everyone thought the street art had been destroyed.

It has been 11 years since everyone thought Banksy’s Wharf Rat masterpiece was lost or destroyed, until today. The art piece has been found by a Banksy fan and was sent to specialized restoration facilities, according to the official website of the NFT team who’s listing this art piece.

Under the observation of a  professional within the American Society of Appraisal, Banksy’s Wharf Rat is worth more than $700,000.

On December 17th at 10:00 PM PST, the NFT campaign will start with the auction of the physical piece along with its NFT for a period of 24 hours. According to their website, by owning the NFT, you are granted full ownership of Banksy’s artwork.

On the second day, at the same time, 333 Wharf Rat Fragments NFTs will be available for sale to the public for 24 hours, each fragment costs 0.33 ETH, and will allow you to be a part of Banksy’s Wharf Rat governance DAO.

On the third and final day, at the same time (10:00 PM PST), you will be able to buy Banksy’s Wharf Rat “Souvenirs” NFTs, each “Souvenir” will cost 0.033ETH and you will be able to receive news of other projects and have access to different private salons in the Banksy DAO Discord. It will be available for a period of 24 hours.

The first NFT Bansky painting called “Morons” was sold for 228 ETH ($380 thousand) on OpenSea last March, by a group named “Burnt Banksy” who first bought the original painting, then created an NFT of the piece, and finally, destroyed the physical one. Another wild story is that in September a fake Banksy painting was sold for £244,000.

Last month in Sotheby’s “The Now Evening Auction,” Ethereum (ETH) was listed as a payment method for the first time in which two Bansky paintings were sold. Also, this month, a company called Particle said they will list the public 10,000 fractionalized NFTs of the Bansky “Love is in the Air” painting for sale, from Jan. 10 to Jan. 14 of next year.

“Banksy has turned the art world on its head. Widely regarded as one of the most iconic creators of the 21st century—his daring, humanitarian nature and a strong belief that art should be for everyone reflects the mission at Particle, making this masterpiece symbolic to launch the platform with.”

In just one year, we went from burning an original Banksy painting and selling it as an NFT, to being a part of a highly legitimate governance DAO for Banksy’s art piece.

It appears that the Banksy paintings have been a relevant part of the blockchain art space this year, and with fractionated NFTs millions of people will be able to have part ownership of his masterpieces.