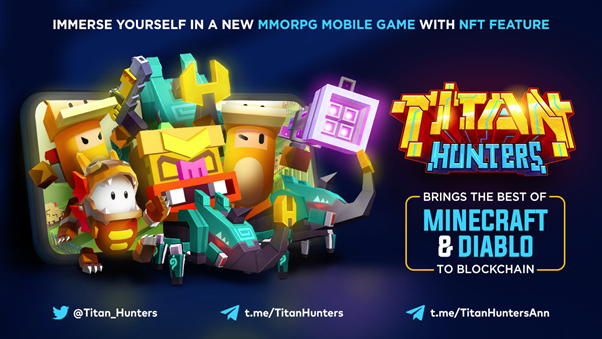 Titan Hunters’ CEO Vu Duy Tiep unveils his plan to create a video game that many will love while attempting to challenge the top leaders in the gaming industry with the latest Non-Fungible Token (NFT) implementation.

Topebox is a mobile gaming studio behind critically acclaimed titles like Sky Dancer and Gun N Dungeons. Many major publishing powerhouses, such as Bytedance (the company behind TikTok) and Miniclip (the world’s largest privately-owned online gaming website), have collaborated with Topebox and acquired the right to publish their games.

However, Topebox has not settled with these consecutive successes. Instead, the company is always adaptive and flexible toward the industry’s latest trends.

“We believe that when talented people have creative freedom and work together, they will make extraordinary video games that achieve the unexpected and move the industry forward. We just knew we wanted to make great games that people would play for years” said by Tiep Vu – CEO of Titan Hunters

The NFT gaming market is something of a trial by fire due to the growing number of competitors, but the endeavor of Titan Hunters has captured many believers. Notably, numerous established and prominent venture capital (VC) firms, including Icetea Labs, Rikeisoft, DAOmaker, GameFi, Evangelion Capital, and many more, have taken an interest in Titan Hunters, and offered to either invest in the project or provide strategic partnerships. As a result, Titan Hunters’ presale round has raised more than $2 million in funds.

What is Titan Hunters?

Titan Hunters is a shoot ’em up MMORPG with an incredible voxel graphic style combined with a simple, pure and innovative gameplay. In Titan Hunters, people role-play as the Hunters to discover the mysterious yet exciting world of the Titans and immerse in heroic battles against epic bosses.

Hunters can play solo or with teammates in Co-op Mode to collect materials from fallen foes and craft new gears to subdue even deadlier Titans. As an easily accessible but high-quality NFT game, Titan Hunters aims to bring everyone a friendly and safe environment via the free-to-play and invest-to-earn model.

Why is Titan Hunters a Serious GameFi Contender?

Topebox has carefully analyzed the top-performing video game series globally and hand-picked only the best aspects that would set their success in stone. As a result, the team has condensed the following features into Titan Hunters:

On the other hand, Titan Hunters targets the conventional mobile gaming space, a highly competitive platform, and currently is the hub for more than 2.2 billion gamers. With a hypothetical calculation, Titan Hunters is competing with:

Plans for the future

Titan Hunters is announcing its dual IDO on the most prominent crypto launchpads in the market, DAO Maker, GameFi and Gate.io on November 18, 2021. Follow the company’s official Twitter or Telegram for more details.