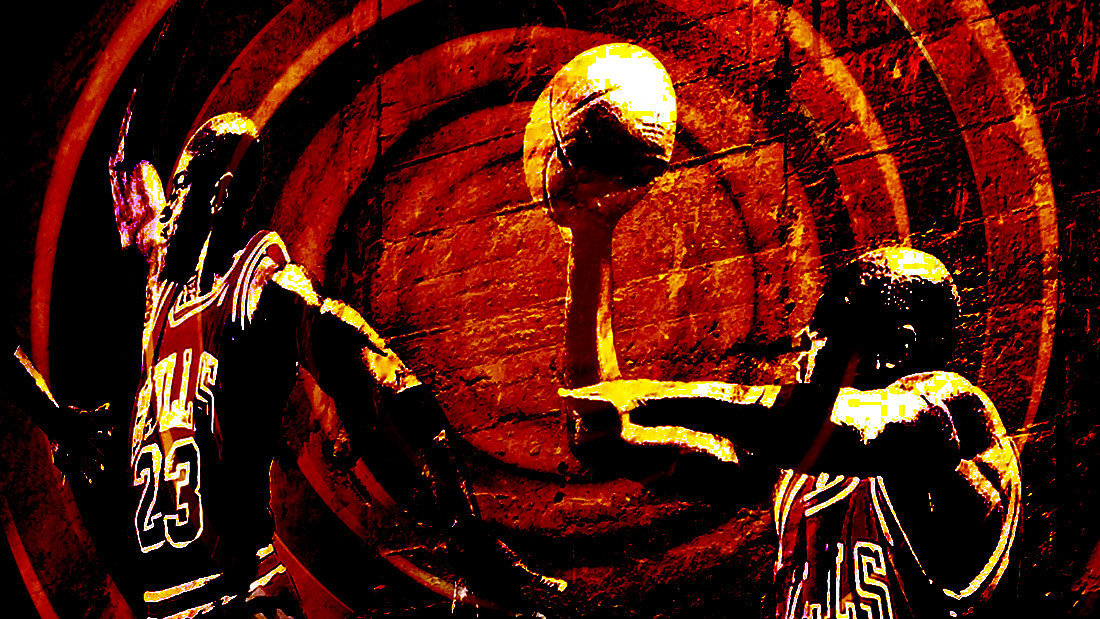 “This limited edition NFT grants collectors early access to upcoming experiences launching on HEIR, along with other exclusive perks and benefits.”

6 RINGS NFT collection sell out within a day

6 RINGS NFTs feature a bull wearing six rings, three on each horn. Variations come by way of different bull and background colors, and a unique identifying number found at the bottom of the image.

Six refers to the number of times Jordan won a championship ring – a significant achievement but still less than Bill Russell’s eleven championship rings playing for the Boston Celtics in the fifties and sixties.

The 6 RINGS NFT Collection was available to buy directly on the Heir platform, with an asking price of 2.3 SOL (approximately $206 at the time).

But the 5,005 pieces have since sold out, forcing fans who missed out to buy on the secondary market through Magic Eden.

It’s arguable that the (limited) visual variations found in 6 RINGS NFTs do not justify such a wide price spread.

Bored Ape Yacht Club NFTs vary across 170 traits, including facial expressions, clothing, accessories, and fur type, leading to each ape being noticeably different from the next.

But with an established Jordan fanbase, in conjunction with the vast swathes of liquidity in the market, perhaps #198485770611 can find a buyer at the price being sought.

What does Heir want to achieve?

Heir was co-founded by Jordan’s oldest son, Jeffrey, and aims to “usher in a new era of digital culture” via athletic stars.

The company sees itself as a “consumer-facing community platform for athletes to connect with fans.” It also plans to build an entertainment studio and sell consumer products as well.

Jeffrey Jordan previously explained that athletes signed up to Heir would offer limited “seats” to fans. Seat membership provides the holder access to exclusive drops, immersive experiences, and other benefits.

These “seat tokens” would be tradeable, offering holders the chance to profit from picking rising stars and the associated token price increase as they improve in their careers.

But three months since Heir went online, and there’s still no news on who has signed up. Superstar athletes can apply to join here.